Plight of the Phoenix 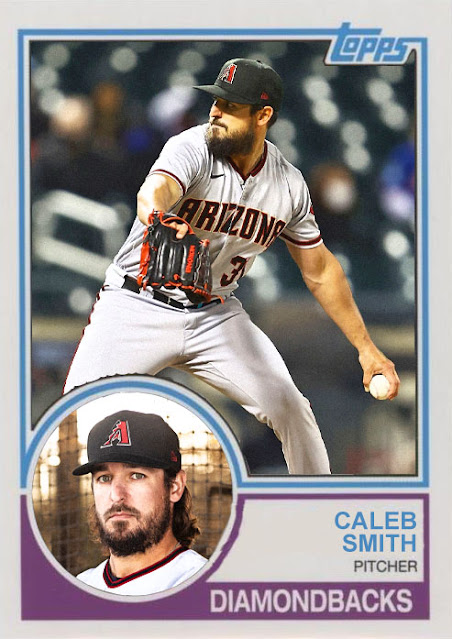 In 2020, Caleb Smith was traded from the Miami Marlins, where he was a trusted 2nd or 3rd starter, to the Arizona Diamondbacks, in exchange for Starling Marte. Marte is currently having a great season for a weaker Marlins team. Smith had already been traded from the Yankees to the Marlins in the deal that gave Garrett Cooper to the Marlins and Michael King to the Yankees, and both are having crucial years with those teams.

And hey, it's not like Smith has been completely out of luck in this period. He had a really nice start in 2018 before being sidelined with an injury, had 168 Ks in 2019, and had 1 solid start before more injuries and a demotion sidelined him and made him a trade piece. But...he was handed to the Marlins, then handed to the Diamondbacks. So for some reason, Caleb Smith allows himself to get handed further and further downward.

Case in point- right now Caleb Smith is a starting gun for the worst team in the league. The Diamondbacks just won a road game for the first time since MadBum's no-no recently. That was...an exhausting stat.

Thanks to injuries, the D-Backs really only have Smith and Zac Gallen that they can really rely upon in the rotation. A lot of guys like Riley Smith and Matt Peacock who aren't really fully tested yet and are still sort of struggling. We're also working without a closer thanks to the demotion of Stefan Crichton, and without a very strong bullpen. Plus, this team just lost two of its biggest pieces, Carson Kelly and Ketel Marte, to injuries. And, to add insult to...well...injury, Eduardo Escobar is probably on his way to Chicago if those promising trade talks hold any water.

So, what direction is left for this team to go? It's looking like a last place season for them, and it's looking like Escobar, Peralta, and potentially even year-long pickups like Asdrubal Cabrera and Josh Reddick, might be on the way out. Hopefully the new guys can eventually inherit this team, because if more seasons are gonna be like this, it's not gonna be very bearable for fans to watch...and for me to write about this team every 2 weeks.