Mountcastle on a Hill 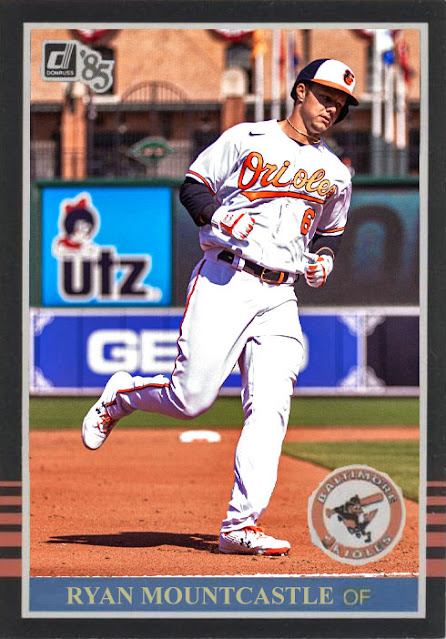 Hey guys, the Orioles finally got a road win the other day. So now they're good again, right?

Yeah. Business as usual for the Orioles. They don't have the worst record in baseball, but they're certainly not competing this year. They only have two guys with WAR higher than 1, and one of them, John Means, is currently injured. The other is Cedric Mullins, and he's probably gonna be an All-Star if the fates allow it to be so [read: if Kevin Cash remembers to include him].

The rest of this team, though, is scattershot. Today I learned that Maikel Franco has 38 RBIs, third most on the team, without even remotely attempting to have any other dimensions as a player. The second most is Ryan Mountcastle with 41, and him I can understand. Though he's struggled in any field work, he can still rake at the plate, has had a few recent hot spells, and is a decent DH. I do worry about his one-dimensionality in regard to the future of the team, which Mountcastle was supposed to be a very big piece of, but whatever. Adley Rutschman is a five-tool guy, and he'll be up in two years or so.

And then you have Trey Mancini, who's hitting, and whose power numbers are helping this team, but who isn't the greatest first baseman and is also becoming more of a one-dimensional guy. How many of those does this team need? Now Freddy Galvis's defensive numbers are slipping as well. None of the rotation has an ERA lower than 5, at least healthy. It's becoming increasingly harder to find people who are competent and capable of doing their jobs in Baltimore. Hell, they brought up a NEW KNUCKLEBALLER, Mickey Jannis, had him in for 3 innings, and after he gave up 7 runs, they released him. Not even the knuckleballers can work with this damned team.

And because everyone's doing so poorly, I can't really tell who's gonna get dealt. What, Paul Fry? Maybe? Tanner Scott or Cole Sulser? Sure, I guess? It's hard to tell which pieces of this team are salvageable. It's not like the Diamondbacks where there are clearer outliers. With the exception of Mullins, everybody's kinda treading water right now.

All you can do is hope for the wins against the other 3 AL East teams. Just so I can laugh.

Coming Tomorrow- Say what you will about his average or fielding or whatever, but no matter where you put him, in Florida or Milwaukee or wherever, this man cannot stop hitting.