McCullers of the Wind 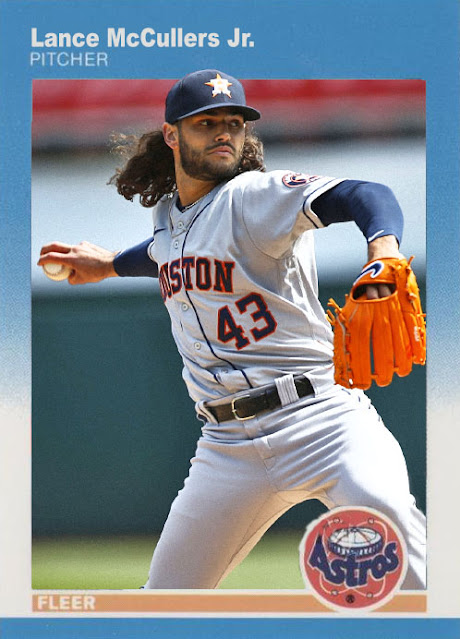 Well guys...the Astros have 10 players with a WAR over 1.2. They're back to being good again. Greeeeat.

Look, I have to hand it to the Astros. This farm system still keeps spitting out gold, this team's still really well-organized and playing well, and there's a well-measured flow of youth that isn't looking to stop anytime soon. But I don't think anyone still wants another decade of competitive Astros teams. As I've discussed numerous times, the Astros are still the villains of baseball, and they haven't shown enough remorse for what they've done.

It's really going to have to be a case of which players we can separate from the cheating scandal and which ones are doomed. Jose Altuve, incidentally, is having another strong year, hitting .300 with 8 homers, and focusing more on contact for the first time since 2018ish. But, as All Star voting is coming up, i don't think baseball fans will want to vote for Jose Altuve considering everything he's been a part of. Jose Altuve is the personification of the 2017 cheating scandal. There is no separating him from that. Brantley, Correa, the pitchers...them you can sort of isolate and want good things from.

Like, the pitching staff this year has been consistently great, even with newcomers like Luis Garcia adding to the mix. But the preexisting guys, like Lance McCullers, Framber Valdez, Cristian Javier and a now-revitalized Zack Greinke, are pulling things together and delivering one of the most unhittable rotations in the league. McCullers goes down with an injury, Valdez comes right back up and wows 'em in two starts. Everything sustains itself.

I do see some issues with the outfield, where only Kyle Tucker is hitting and the other two, without Brantley, are struggling. But enough of this team is working that I do think the A's should be worried right now. They've been hot over the last few days, in a series against Boston. While I'm glad the Astros are bringing the Sox down a bit, they're also rising towards the A's, and that could be trouble for a lot of people.