The Angels Still Have a Problem 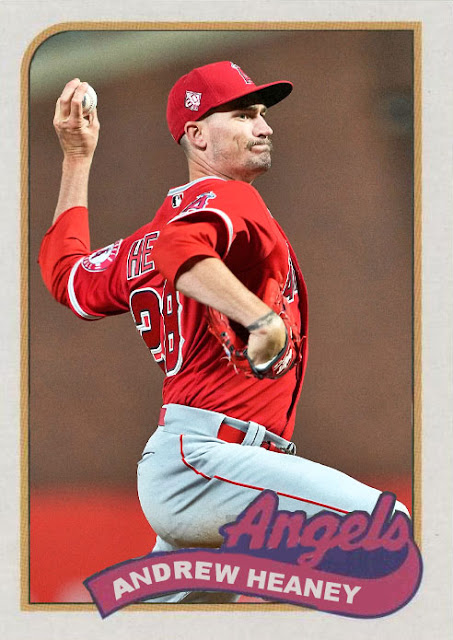 Every single roster that the Angels have gotten into place for the last 5 or so years have gotten completely destroyed or misplaced over the course of a season. And it really shouldn't be hard to build a team around Mike Trout, especially when he continues to be as good as he has been.

Like, okay, 2015, Trout is booming, the rotation's pretty good, and the team's in third. So the Angels beef up their lineup a bit by getting Andrelton Simmons and Yunel Escobar for 2016. Of course, 2016 is when Jered Weaver falls apart, Hector Santiago struggles and Garrett Richards gets hurt. And it is the pitching that continues to plague them into 2017.

Then, prior to the 2018 season, the Angels sign Shohei Ohtani, solidify relations with Justin Upton, and get Ian Kinsler and Zack Cozart to spruce up the infield. Sure enough, Richards and Shoemaker get hurt again, Kinsler and Cozart struggle, and Ohtani's influence, alongside a strong Trout, only get them to 4th place. And once again, it's because the pitching isn't a factor. 2019 is a similarly down year because nothing's been done to the pitching, and Ohtani gets hurt and is only available as a batter.

And at the very least, around 2019, the Angels are getting enough homegrown, young arms to keep the rotation going, like Griffin Canning and Andrew Heaney, who I always forget has been with the Angels since 2015. But Tyler Skaggs, who could have kept being an ace in LA for a bit, has his story end tragically in 2019. Skaggs, Shoemaker, Richards, all pitchers whose horrible luck prevented them from being big factors with the Angels.

So finally, last year, the Angels made definite moves to be more of a factor. They get Joe Maddon as manager, sign Anthony Rendon to a long term deal, solidify David Fletcher and Luis Rengifo as youth options, and FINALLY get some outside help from pitching, signing Dylan Bundy and Julio Teheran. And on the whole last year, the pitching does well. Enough starters, especially Bundy and Heaney, come off as confident and durable in there. Of course, once that gets fixed, the lineup struggles, Upton and Rengifo stop hitting, and Ohtani struggles both on the plate and on the mound.

And now here we are in 2021. We have a healthy and powerful Ohtani, some strong young options taking hold of the team, and more good performances from Andrew Heaney and Griffin Canning. But...now Trout is hurt, Rendon and Upton aren't hitting, Bundy's gone completely cold, and the ERAs in the rotation are still too high.

So that's what the Angels are. A car that keeps needing to go into the shop for different parts every time. I don't know what else will help this team. It's clear that 2021 might not be the year for them, despite Ohtani being an MVP favorite, and it's not clear if Ohtani and Trout will be around for the next Angels playoff run. All we can really do is watch for the singular highlights and performances and hope for better shakes of it in the future.

Coming Tomorrow- He threw a no-hitter in April, he's team's still in the hunt, and he's finally found the right environment for his big game talents.