Come Geaux With Me 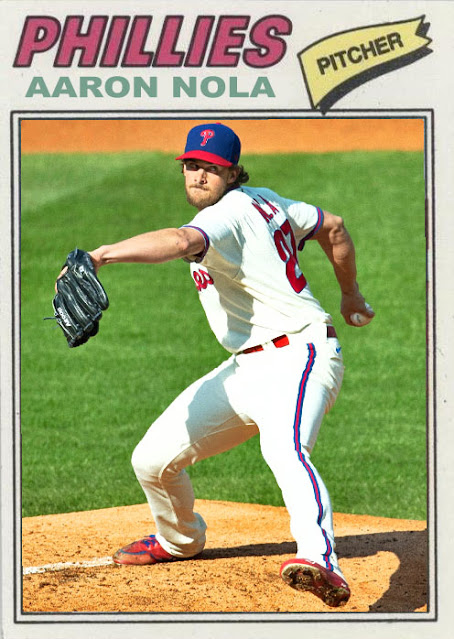 The prize the Phillies got for finally getting above .500 after sweeping the Yankees? Yeah, uh...now you have to go over and play the Dodgers and Giants. Good luck!

The Dodgers series isn't going well, of course. Jean Segura and Bryce Harper have left games with injuries, and the Dodgers' offense got the better of the Phils by, uh, BEING THE DODGERS OFFENSE. Hell, Tuesday night, Mookie Betts got to beat the shit out of the Phils pitching IN FRONT OF THE FIRST FULL CROWD OF THE YEAR. That's something. Hey, wanna get your ass beat in front of all of LA? Sure! I'm in town, might as well experience everything. Hollywood sign, Sunset Boulevard, get the shit beat out of me by the Dodgers. I practically live here now.

It sucks that this road trip had to happen when it did, because the Phils were gaining so much ground. Segura was hot, Luke Williams was having some great games to start his career, and the much-maligned Odubel Herrera was playing better than he has in years. Things that refused to click in years past had genuinely clicked.

Plus, the rotation had somehow found its way, despite the trial and error of Chase Anderson and Matt Moore. Nola's got 94 Ks and a 3.69 ERA, his usual stuff, but Zack Wheeler's having a genuinely fantastic year, with a 2.29 ERA, 4 wins and 112 strikeouts. Nola and Wheeler together and dominant is something that people had wanted for years, especially in a full season, and Zach Eflin has been a pretty steady third man with a 4 ERA. And while Vince Velasquez' numbers have gone down slightly in the last few weeks, he's still better than he's been in a while. Heck, the bullpen is also shaping up, though Neris has been pulling too many Nerises recently [read: blowing a game after getting the fans on his good side].

Now that it's looking like Segura might be out for a bit, I do worry about this lineup's ability to sustain momentum. Luke Williams and Ronald Torreyes can start games, that I'm not worried about. But Harper might not be at 100% AGAIN, and so now we have to hope that Realmuto, Hoskins and Cutch can withhold the momentum without those other two pieces [assuming Harper ends up on the IL again, because at this rate it's bound to happen].

It's frustrating. Yes, it's the most inconsequential 2nd Place spot in the leagues, as the other two divisions are closer, but it's frustrating that this Phillies team can be so much better yet still have so much more work to do.

Coming Tonight: Man, down numbers or not, how happy d'you think this guy is to be out of Minnesota?