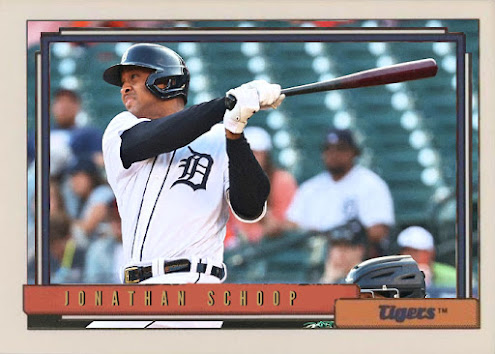 Through some absolute miracle, the Detroit Tigers have found themselves in third place in the AL Central right now. The Royals dropped some games to New York, the Twins are still drowning, and the Tigers just won consecutive series' against the Cardinals and Astros. So from that alone, my respect for them just went up several points.

What's happened, which really anybody could have predicted, is that once they brought up their three stellar pitching prospects [Casey Mize, Tarik Skubal and Matt Manning], and once all three of them acclimated fully to the majors, they'd honestly have a really good shot for 3 out of the 5 rotation days. Yes, starting pitching is only a small faction of a team's worth, but Mize is having an incredible season, with 5 wins and a 3.46 ERA and less of an emphasis on strikeouts than most of the league, Skubal has improved mightily in his last few starts and leads the team in Ks with 94, and Matt Manning has been great in his first two MLB starts with a 3.38 ERA. A few of these we might need to wait to even out due to the sub-.500-ness of it all, but those three are in a nice position, even if the next-best option right now is Jose Urena. Hopefully, when Turnbull and Boyd return, they'll make an awesome 5-man rotation that'll be a nice preview of a potential competitive Tigers team in the future.

The other surprising detail is that the lineup is actually kind of beginning to come together. Firstly, Jonathan Schoop has gained ground, with a team-leading 15 homers, 77 hits and 41 RBIs. For all of his veteran power trail-offs, I always forget that he's only 29, and he's still a veteran presence on this team, along with Robbie Grossman and...that DH guy who hit another homer tonight. Candelario is also having a decent year, Jake Rogers and Erik Haase have created a strong platoon at catcher, and Daz Cameron and Zach Short have had great moments off the bench. This lineup may be starting to come around.

I do have my worries about the back half of the bullpen and rotation, but for a team that was never expected to get to third, this is cool. My goal is for them to end up above .500, but the Royals may make this kinda difficult. And hopefully in a few years we'll point to this little flicker as the point where the dynasty began for them. I just hope it's not too far away now.

Coming Tomorrow- He hit a homer in Game 1, he was injured by Game 2. Now he's back, recovering from rookie mistakes and playing beautiful baseball.