Roll Out the Barrels 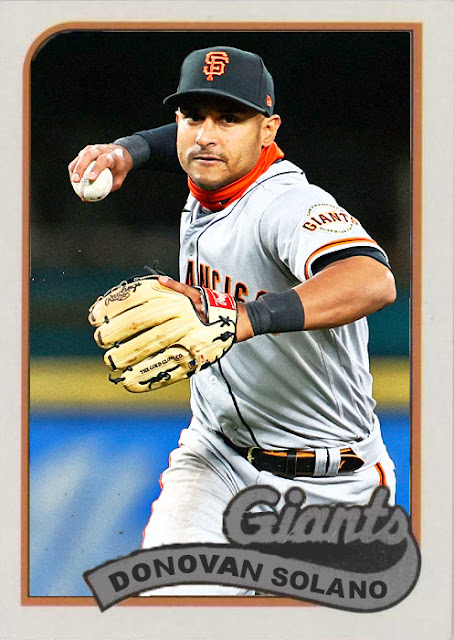 The San Francisco Giants have a better record than the White Sox, Rays, Braves and Blue Jays. Four teams the pundits were thinking would be red hot now. But more importantly, they have a better record than the San Diego Padres. The Giants were not expected to be good this year, they were expected to skirt around 3rd in the West and maybe have a crack at a wild card spot. But right now, they're within a win or so from the Dodgers in first. Whoa. What happened?

Well...all the big contracts that could never be healthy at the same time finally matched up. Buster Posey, Brandon Crawford, Evan Longoria, Brandon Belt, Anthony Desclafani, and Kevin Gausman are all healthy at once, and are all playing pretty well right now. And so the team is doing well. It is that simple. Just like old times.

The only pieces right now who are hurt are Donovan Solano, Johnny Cueto, Mike Yastrzemski and Jarlin Garcia. Relatively big pieces, but with the exception of Garcia, they are all providing great numbers that will hopefully be unaffected by injury. Solano's injury has opened the door for Tommy La Stella to start more, which is always a good thing, while Cueto's injury has allowed for a call-up for Alex Wood, who has 2 wins and a 0.75 ERA in 2 starts. Heck, between Wood, Kevin Gausman and Aaron Sanchez, this team is making great starters out of people who were sort of cast off in the last few years.

Everybody else is...doing pretty well. Posey's having a killer comeback season. Longoria's leading the team like everyone thought he would when he signed here. Yaz was finally hitting again. Darin Ruf has 9 RBIs off the bench despite being pretty one-dimensional. Jake McGee's a great closer. A lot of this team is just really working.

What worries me is that this is April and Gabe Kapler is managing. We've been down this road before. Even last year, the team was great midway through and still missed the playoffs. Kapler has yet to convince anyone that his teams are made for sustainability. He could screw this up, OR the Padres could come back into the race very soon. Either way, they're gonna need to prove themselves in order to stay in 2nd in this division.

Coming Tonight: Outfielder for a team that should be doing better than it currently is.