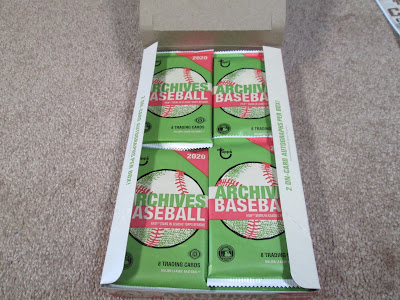 Yesterday I posted the first half of a break of 2020 Archives, getting my relatively good hits out of the way. While I do like this set from a collectability standpoint, and I'll foreshadow again that there were absolutely no dupes in this box, the design  and execution is a bit more flawed than the last few, insanely strong renditions of this set. The 74s are off, the 02s are slightly off, and the 55s aren't too exciting to me.

Nevertheless, I've still got 12 packs left to cover. There are still some inserts and SP-types we've yet to hit...possibly due to the surprisingly organized manner of this box. So we trudge on: 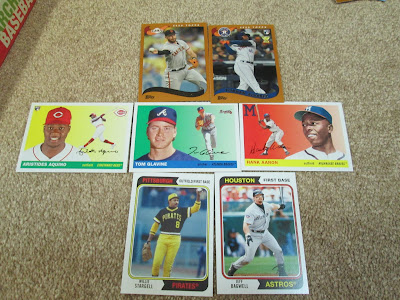 Pack 11-
02s: I find it very funny that, as punishment for not making any cards of him last year, Yordan Alvarez probably won't play at all during the year of all his rookie cards. AKA the Chipper Jones effect.
55s: The Aquino rookie was in the press release, and he's got a similar deal in 2020. Glavine and Aaron are good Braves picks.
74s: More HOFers, though Stargell's red font on the team does look jarring for someone who was in the set. 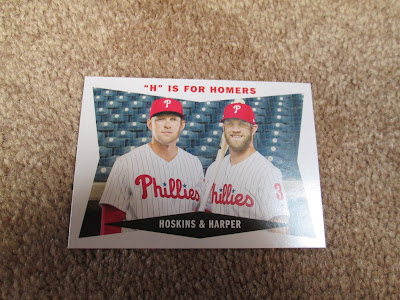 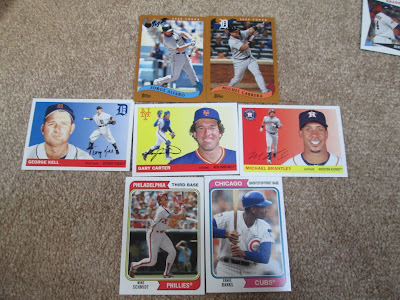 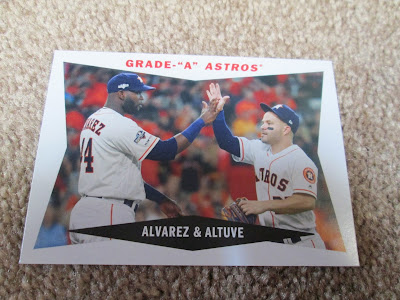 Another 60T combo [again, they're all well-organized!]. These two...aren't as well-liked as the Hoskins and Harper combo in this house. 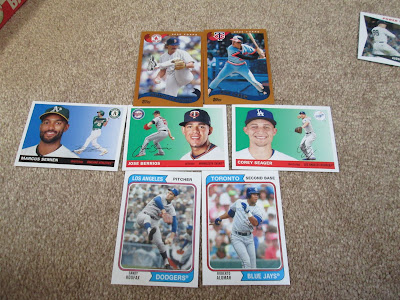 Pack 15:
02s: ECK AS A RED SOCK? COOL! Don't see that often.
55s: Can't argue with these three.
74s: We've been on a streak of solid HOF 74s, which I can't argue with, as I've been consistently getting two 74s per pack, and getting HOFers means I have to spend less money to get the remaining singles. 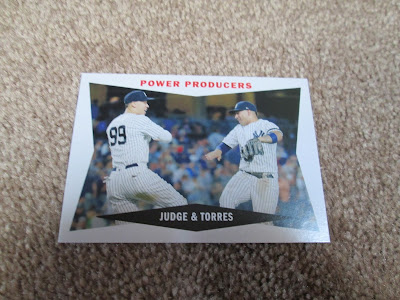 60T Combo #3- Another one I'm perfectly fine pulling. Of course, both are injured right now...but that's Yankee baseball, it seems. 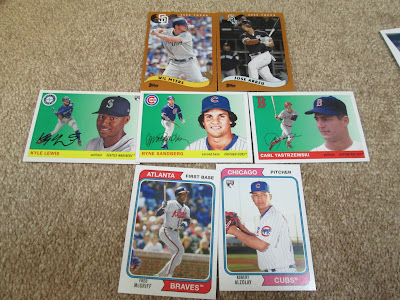 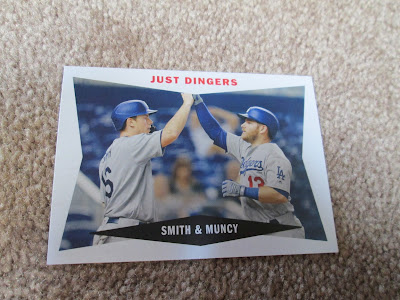 Our last 60T Combo is of two Dodgers who aren't hitting for average right now. 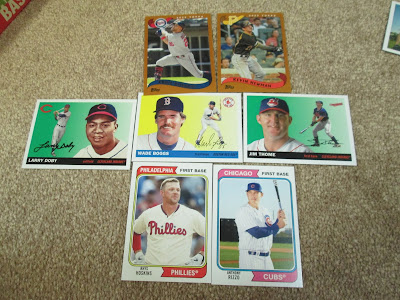 Pack 17-
02s: No real notes here either
55s: Impressive HOF selection. Doby being here is nice, as is Big Jim.
74s: With that photo, Rhys Hoskins does look a lot like Phils-era Jim Thome. 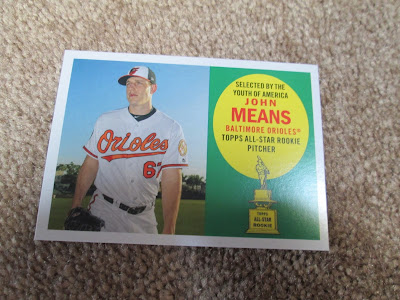 And now we get the first of our four 1960 All Star Rookie Team cards, starting with last year's Orioles starter breakout, John Means. 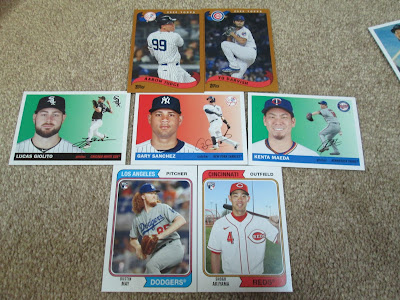 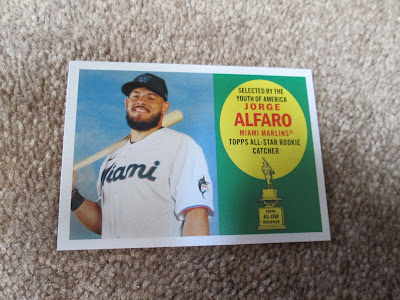 A former Phillie, and current battler of COVID, Jorge Alfaro, is the latest ASRT insert. 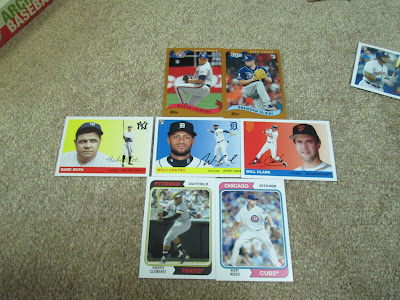 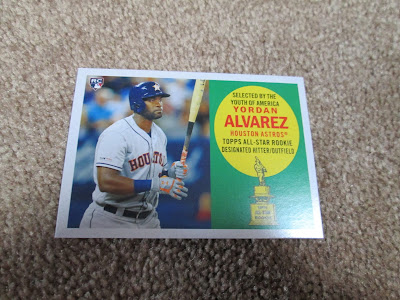 Another belated Alvarez card in 2020 for the pile. 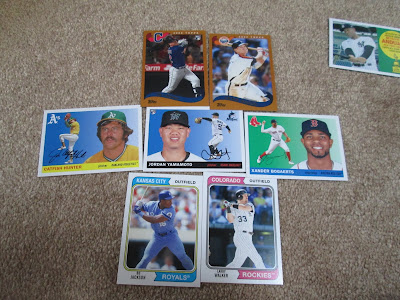 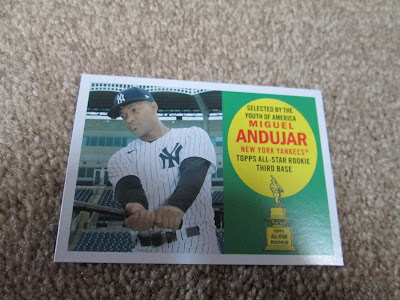 The last of these 60T inserts is Miguel Andujar, which I'd appreciate if he was playing better. 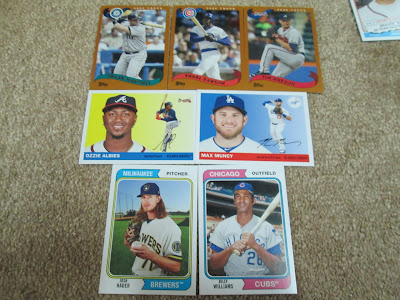 Pack 21-
02s: Good legends picks with Edgar and Dawson. Tim Hudson...after further review, does belong in a  set like this.
55s: Star cards.
74s: Josh Hader's looks cool. I love that Billy Williams is in this set. 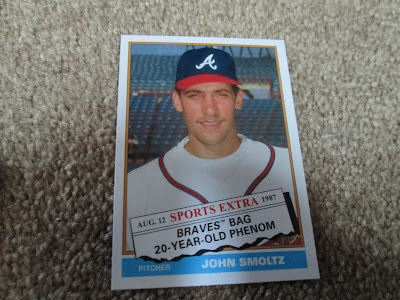 FINALLY. We get the first of our four short-printed 76 Traded cards, a set I know well, and am excited to see the inclusion of here. I love that they actually went into the effort of typing out a good headline, after the...underwhelming ones for 2012 Blockbusters. 'Braves Bag 20-year-old Phenom' is a good one, and would be in 76T. Also, Smoltz's picture here does look like the type used for the traded set, and it's better than an airbrushing. So I really like these, as the likeness is definitely there. 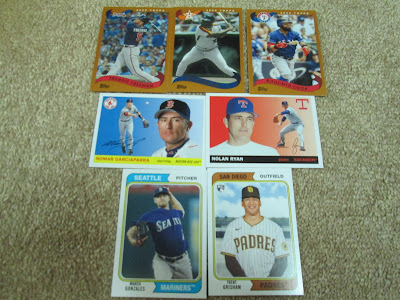 Pack 22-
02s: JOE MORGAN AS AN ASTRO. NICE.
55s: Nomar has been in several of the last few Archives sets, which is...fine.
74s: Standard stuff here. At least Grisham's is a real Padres uniform. 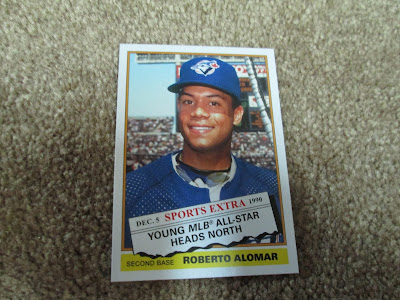 YES, THIS IS WHAT I'M TALKING ABOUT. THESE LOOK GREAT! Robbie Alomar works for this set, and the picture fits. Good job, Topps! 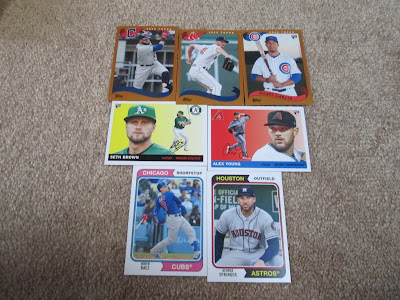 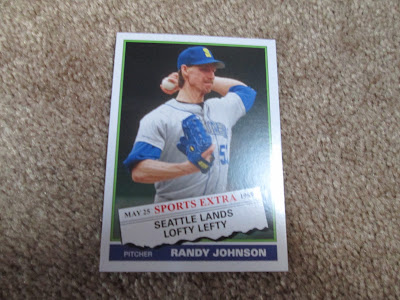 Granted, the use of an action shot is jarring in this set...but with the goodwill these have built up, I'll allow it. Besides, it's 1989-era Randy Johnson, which is already pretty cool. 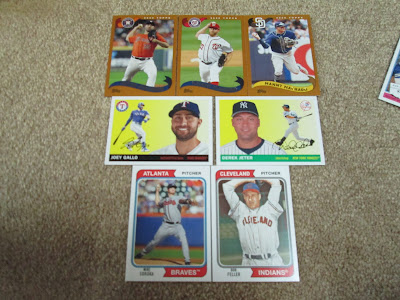 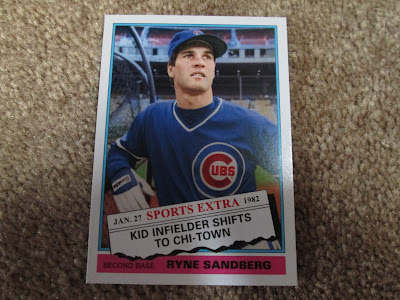 This is probably the best one, because the shot they chose for Ryno looks dramatic, and it works for 74 as well as for an 82 photo. So I did well with my four 76Ts.

So...not a perfect set, and some design issues with the 74s, but I still enjoyed the break, I got great hits and inserts, I did INSANELY WELL dodging any doubles, and I got a good chunk of this set before searching for the rest.

This is a fine set. Not as good as last year's, but good enough to hold me over until Stadium Club.
Posted by Jordan at 10:14 AM
Labels: 2020, Archives, box break, Product Review, Topps