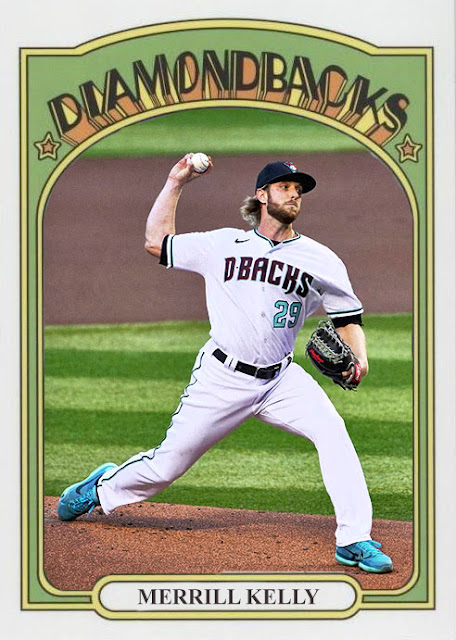 The 2020 Diamondbacks. An okay team in search of good luck.

Let's just put aside the MadBum thing for right now. I was skeptical when they signed him, he's lost a lot of what made him great, the rest of his contract is very 50/50 as to which version of him will show up. You get past that, and there's still a good D-Backs team for this year. Merrill Kelly and Zac Gallen got off to great starts, Starling Marte, Christian Walker and Ketel Marte are all hitting.

But...the further you look with this team, the less depth there is. The bench is full of people like Jake Lamb, Dalton Varsho, Tim Locastro and Andy Young, all young, wishful thinking guys who aren't doing much at all despite big stakes. The two veteran arms, Luke Weaver and Robbie Ray, have high ERAs and can't keep opposing offenses down. Enough of the bullpen works that it's not a real issue, but a lot of guys, including Hector Rondon and Kevin Ginkel, are a bit concerning. There's an issue with catchers not hitting, and unlike in San Diego they're not buying.

Even worse, now Merrill Kelly's out for the rest of the season. Kelly...was at ace-levels this year. And now they've lost him. Granted, Zac Gallen is still pulling incredible numbers for a sophomore pitcher, and if they hold onto him he'll be an ace for them for a while, but...Kelly, Leake [HA, KELLY LEAK!] and MadBum have all dropped from this once mega-rotation. Gallen-Ray-Weaver-Clarke-Young is a good rotation in concept, but Ray and Weaver aren't performing. So, like in Texas, the execution is killing this team.

I hope they can hold onto their main performers this deadline, but...it's not looking good at all, folks.

Coming Tomorrow- You take away Trey Mancini and expect this team to end in last? Don't bank on it.
Posted by Jordan at 8:55 PM