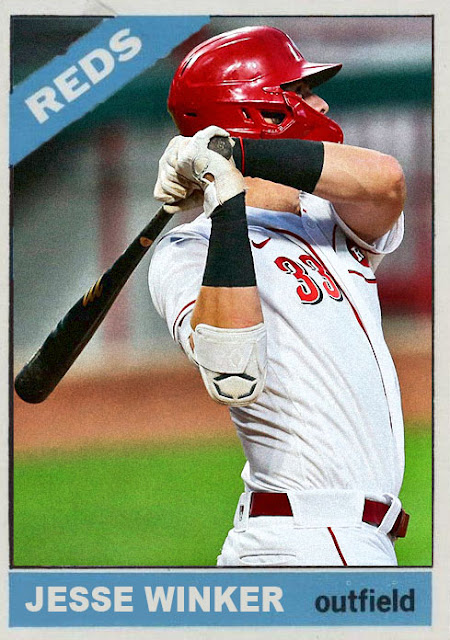 I mean, of the moves the Reds have made over the past two seasons, a great deal of them are working, and the three best performers on this team, Sonny Gray, Trevor Bauer and Nick Castellanos, were yielded from said quest to compete. However, some similar trials, like Matt Kemp, Yasiel Puig, Tanner Roark, and now Mike Moustakas hitting .230 and Shogo Akiyama hitting under .200, haven't faired as well.

Plus, a lot of the once strong core members of the lineup, like Joey Votto, Eugenio Suarez, Tucker Barnhart and Freddy Galvis, just aren't hitting, making the new members have to cover a lot more slack than intended. A lot of the members of the supposed supplementary force, like Philip Ervin, Josh Van Meter, Christian Colon and Matt Davidson, have also been unsuccessful.

Thankfully there is some promise in this team's farm system, as Jesse Winker, FINALLY trusted in a starting role, is hitting beautifully with a .341 average and 9 homers. This team has also seen great material from Aristedes Aquino and Tyler Stephenson in brief callups, but for some hare-brained reason they've been keeping them at the alternate site for most of the season while the real team flounders. 'Promote Aquino' is the Cincinnati version of 'Re-sign JT'. And yet, like with JT, they refuse to listen.

Best news for the Reds, and probably the reason for their recent winning streak, is their pitching is stronger than ever. Yes, Wade Miley is taking time to recover from his first few starts, but Sonny Gray, Trevor Bauer, Tyler Mahle and Luis Castillo have all been strong. Plus, you have a bullpen made with people like Tejay Antone, Amir Garrett, Lucas Sims and Tyler Thornburg, who are all sharp. There is more security in this pitching staff than there has been in nearly a decade.

I really want the Reds to pull it together, especially the more senior members of the lineup, but it may take more than just wishful thinking to save this team.

Coming Tomorrow- One of the only people in Arlington who has decided to hit.
Posted by Jordan at 8:30 PM
Labels: Custom Cards, Jesse Winker, Reds