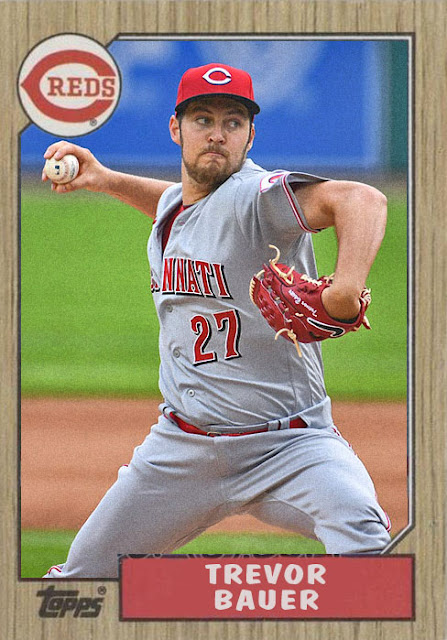 Why the hell did we ever doubt this guy?

I'm not even talking about his first few years with the Indians, I mostly mean last year when Trevor Bauer pitched for Cincinnati and couldn't keep his ERA down. Why did that fool us into thinking that somebody like Luis Castillo or Sonny Gray would  have  to carry the rotation  for the Reds this year?

Cause Trevor Bauer has been untouchable so far. .93 ERA, 32 strikeouts in 19 innings, a .569 WHIP. Absolutely insane, and he's leading the  charge of a pretty impressive Reds rotation that includes Sonny Gray continuing his Cincinnati goodwill tour with 3 wins, Anthony Desclafani with no earned runs through 2 games, Tyler Mahle and Tejay Antone having lethal starts, and Luis Castillo being less stellar but still striking people out. I know people said this was gonna be the best rotation in the leagues when they thought Wade Miley would be competent, but now that  we  see the depth, it genuinely might be the best.

Only problem is the lineup hasn't entirely caught up. The guys the team is centered around, like Suarez, Votto, Moose, Barnhart and Galvis, aren't hitting. Moose is now on the DL. Yes, Nick Castellanos is hitting up a storm and on a pace to set the whole league on fire, but he and Jesse Winker are the only starters hitting  over .250. Which is unsettling for a team that was supposed to be chasing the frontrunners.

Anyway, they're in fourth. Thanks to the Pirates, they don't have much of a chance to end in last, but...I really  wish they'd work on getting the lineup back to peak position, because this isn't looking good. It can't just be Castellanos' job to lift the lineup on a team with  future Hall of Famer Joey Votto on it. Something needs to even out.

Coming Tonight: Starting third baseman for the team that's been kicking Houston's ass in more ways than one.
Posted by Jordan at 11:57 AM