Ya Gotta Have a Bullpen 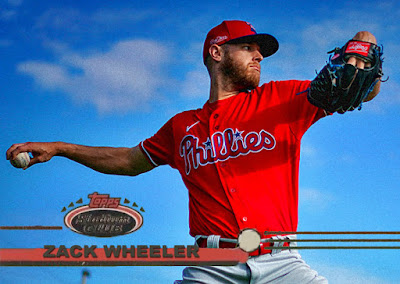 As usual, being a fan of the Phillies has become frustrating.

The team isn't BAD-bad. Harper's hitting, Didi and Gosselin have become fixtures, Alec Bohm is off to a nice start, and Nola, Arrieta and Wheeler are all pitching really well. This should, in theory, be a workable, threatening team.

First of all, our closer, Hector Neris, is back to is old self, blowing saves left and right. Beyond  that, this bullpen turns into a murderer's row of people who can't keep runs down. Deolis Guerra, Adam Morgan, Cole Irvin, Connor Brogdon. Thankfully, the Phils are beginning to attempt to solve the problem, dropping Trevor Kelley and Austin Davis, and trading Nick Pivetta [finally]. It also helps that we're beginning to see people who are good at relief jobs, like Reggie McClain, Jose Alvarez [hope his balls are doing well] and Blake Parker.

It also helps that the Phils have now begun  to bring  in competent relievers from other teams- they got David Hale from the Yankees, and he's not bad, and they also roped in  Heath Hembree and Brandon  Workman. Workman gives  that a solid closer, Hembree and Hale give them bullpen depth. If this all works the way it's supposed to, we should have  a tighter 'pen, and a better team.

But even with that thought, it's the Phillies, so you can't guarantee anything. Jay Bruce just hit the IL, and Kingery and Segura are still cold. With this team, there is always a chance for disaster, so you kind of have to hope everything falls into place.

Coming Tomorrow- His team is, as I write this, in the midst of a 6-game winning streak, and he's the backup catcher...and yet he's still coming through in a  big way.
Posted by Jordan at 8:28 PM
Labels: Custom Cards, Phillies, Zack Wheeler