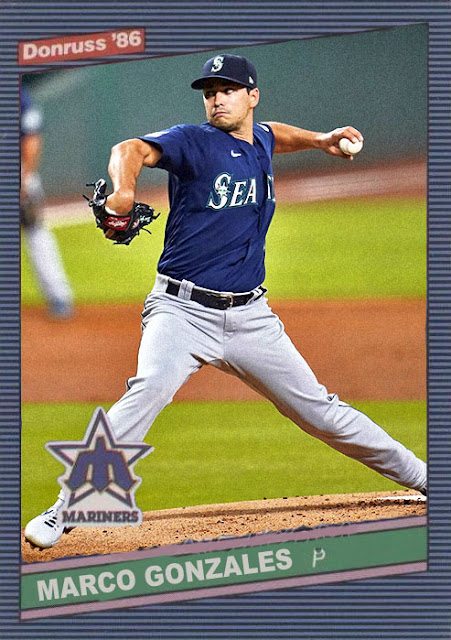 I don't know how they keep doing this. I don't know how the Mariners can take what works in one season and have it completely fail in the next one. Dan Vogelbach, once the power source of this team in 2019, is hitting below the Mendoza line. Justus Sheffield, once an indicator of things to come in this rotation, isn't winning games. Evan White, who was brought up to propel a new youth movement, isn't hitting, and Jake Fraley, who was supposed to start the season in the outfield, hit a setback. Mallex Smith, Dee Gordon and Shed Long are all struggling as well. It's kind of hard to watch.

The weird part is...from a fundamental level, the rotation isn't too bad this year. Marco Gonzalez, Taijuan Walker, Sheffield and Nick Margevicius are all kind of doing alright, striking people out, doing modestly. They're just not winning games due to the lack of run support, and also because the bullpen is a little rocky this year.

Even if Kyle Lewis, J.P. Crawford and Kyle Seager keep doing well, there's not a lot of hope for this team. The A's, Rangers, and even Astros, have more momentum and are looking at playoff spots. The Mariners fall into the Pirates category of just not having enough good parts to work with.

Coming Tonight: Speaking of the Pirates, a slugger who got off that team at the exact right time.
Posted by Jordan at 11:32 AM
Labels: Custom Cards, Marco Gonzales, Mariners