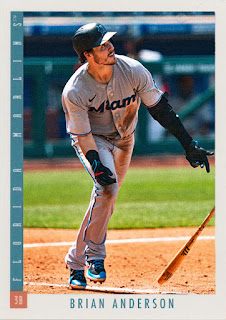 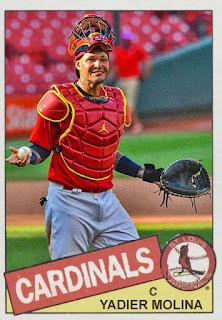 Both teams have spent weeks with multiple players recovering from COVID-19. Both have returned, and both have spent the games immediately after the return by winning.

The Marlins had a full streak going for a bit, despite the absence of Miguel Rojas, Harold Ramirez and Garrett Cooper. Newer standouts have appeared in their places, like Magneuris Sierra, finally getting  consistent playing time, Francisco Cervelli, owning his starting catching gig, and rookies like Eddy Alvarez and Monte Harrison, both slowly getting the hang of the bigs. The Marlins also used the week off to field new relief talent, bringing  in  Mike Morin, Brian Moran, and, most excitingly, SWITCH-PITCHER PAT VENDITTE, as well as rookies Sterling Sharp and  Daniel Castano.

A week into the Marlins' return, they're not doing too badly, they're technically  in first in the NL East, and they're in good shape.

Yesterday, the Cardinals finally returned, and they responded to their dormancy by winning both halves of a doubleheader against the White Sox. The first game utilized fill-ins like Andrew Knizner and Dylan Carlson, plus a strong  start from Adam Wainwright, while the second brought in  rookie starter Jake Woodford and 2nd baseman Max Schrock, starting their first MLB games. Of the fill-ins, Schrock and Knizner had the best games, though the presence of former Phillie Brad Miller intrigues me.

The Marlins have strong momentum but a slim core, the Cardinals have a better core but more crucial absences. And both seem to be doing well.

Meanwhile, I hope the Reds are able to recover fast and learn from these two comebacks.

Coming Tonight: Mr. Clutch in Detroit, doing his thing once again.
Posted by Jordan at 8:11 AM