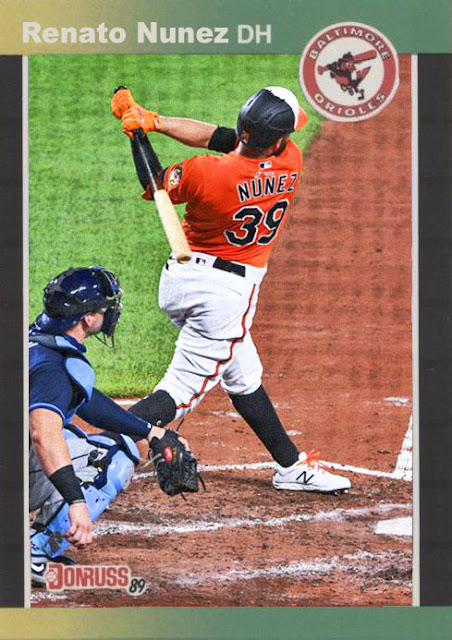 I'm sorry, just...I thought this was a few more years away, so I'm not entirely prepared, but...folks, we have a genuinely good Orioles team on our  hands.

You take away Trey Mancini, Jonathan Villar, Andrew Cashner, even Richard Bleier, and you expect the Orioles to be more dire before, but...honest to God, actual standout performers have emerged. Renato Nunez, Hanser Alberto, Anthony Santander, Jose Iglesias, Chance Sisco and Pedro Severino are all playing tremendously. Not by Baltimore standards, by baseball standards. Iglesias is hitting .400. Santander has 22 RBIs and 7 homers. Even Rio Ruiz  is hitting for average and  helping out. I haven't seen  this team look so well-rounded as a hitting squad since the Trumbo Magic year in 2016.

Pitching isn't bad either. Granted, no one here is really playing like a staff ace, but Alex Cobb, Asher Wojciechowski, Tommy Milone and Thomas Eshelman are all doing pretty  well, and are racking up wins. John Means and Wade LeBlanc need work, but better 2/6 be struggling than all 6. Even the bullpen is pretty sharp, as Mychal Givens has been sharp as hell, Cole Sulser and Travis Lakins have been good options in the ninth, and Paul Fry, Tanner Scott and Miguel Castro have all been impressive as hell.

This team has a 12-9 record, still very much in  the race in the AL East, and away from the Jays and Sox. I feel like the O's could be  the sleeper wild card team that no one expected. 2020, you may be unbearable, but if this is part of the plan, I'll respect that.

Coming Tonight: His team isn't in first anymore, but  he's on his way to the best season of his highly-anticipated career.
Posted by Jordan at 9:30 AM
Labels: Custom Cards, Orioles, Renato Nunez