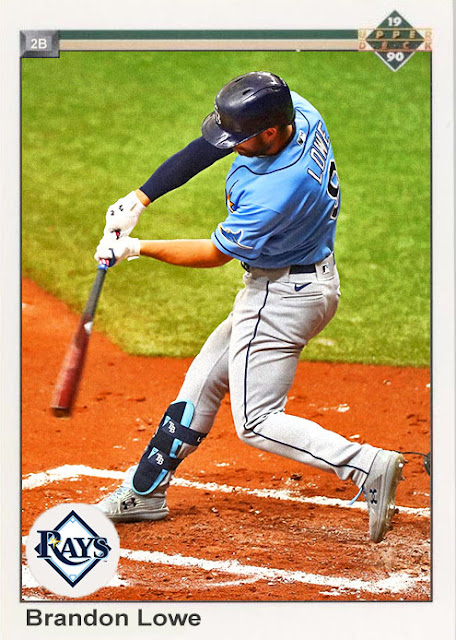 After an explosive first series in Toronto, the Tampa Bay Rays have become...a low-scoring team.

They've been  winning by  one-run margins, only scoring up to 5 runs in a game, making some close games possible for other teams. Despite stymieing the Yankee offense during their series last week, they still only one  those by a point or two. Which really speaks to the small-ball strategies Kevin Cash has been using even after this team got good. This team is very reliant on hits, bullpen, and intricate mechanics, and not exactly masters of the long ball.

Brandon Lowe, contact expert, leads the team in home runs. With 3. A team with Hunter Renfroe, Ji-Man Choi and Austin Meadows on it, and Lowe's leading in HR. Additionally, just Lowe and Jose Martinez are hitting over .250 right now. This  is a very low-key lineup, especially in comparison to the last few years, and the small-ball strategies are only gonna get them so far.

The weird part is that the only starting pitcher that's really nailing it for the Rays so far is Blake Snell. Morton and Chirinos are hurt, Yarbrough and Glasnow have slightly inflated ERAs. And even  then, Snell hasn't won any games. The still-strong bullpen, and guys  like Chaz Roe, Pete Fairbanks, Aaron Loup, Diego Castillo, and, yes, Nick Anderson, have been keeping games in  line and doing a lot of the work, which is why the games are so close. The team doesn't have  to do much, but the pen  can keep any opposing offense at bay. Which, in a division  with Aaron Judge, J.D. Martinez, Renato Nunez and Vladimir Guerrero Jr., helps.

Unless the Yankees take a plunge, or unless somebody else usurps them, I expect the Rays to stay in the  game and squeeze into a wild card spot.

Coming Tomorrow- One of the best catchers of the 2010s, still hitting well in Queens.
Posted by Jordan at 8:49 PM