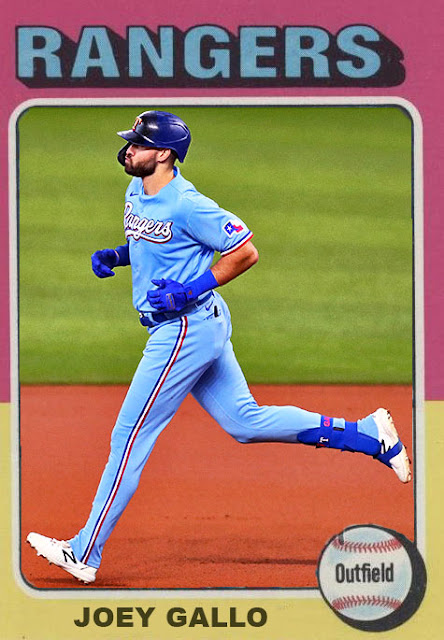 [Yes, it's a stretch, but so is calling the Rangers a playoff-caliber team]

Look...for a brief moment this season, the Rangers had a chance.

August 15, they're 10-9, they've won 6 of their last 7, they christen Rafael Montero the new closer, bank on Isiah Kiner-Falefa and Lance Lynn, and get ready to cruise.

...and then the Padres series happens.

Since the masses have already spoken on the manner, I'll leave it at this- Chris Woodward's insistence on unwritten rules and decency is too little league. You're managing a mediocre AL West team who was supposed to compete this year and then starts getting massacred by another team that was supposed to compete, AND IS. Don't blame the rules. Don't blame customs and decency. Because people also pointed out a moment last year where Woodward's Rangers went for a grand slam on 3 balls while leading by a ton.

If you sign Corey Kluber, Jordan Lyles, Kyle Gibson, Todd Frazier and Robinson Chirinos to help your team compete, none of them perform to standard and said team drops 4 straight to a team managed by a man named Jayce Tingler...the problem is not the rules. The problem isn't decency. The problem is you.

Hopefully it won't be for much longer in Arlington.

Listen, Joey Gallo, Lance Lynn, Isiah Kiner-Falefa, Nick Solak and Jonathan Hernandez are the best parts of this team, and they're all doing insanely well. Take them out of the equation, and I imagine by tomorrow some of them might be out of the equation, and this team is just listless, last-place caliber tripe. They've won 2 games since August 15th, and they're currently playing the Dodgers. Seattle might end up in third soon.

I wish it was better, because this team looked so good in February. Sad that it had to come to this.

Coming Tonight: Normal season I'd bench a custom of someone who got injured, but I'm posting this tomorrow because I don't wanna wait til December.
Posted by Jordan at 8:35 AM
Labels: Custom Cards, Joey Gallo, Rangers