Phil and Phils Minus 8 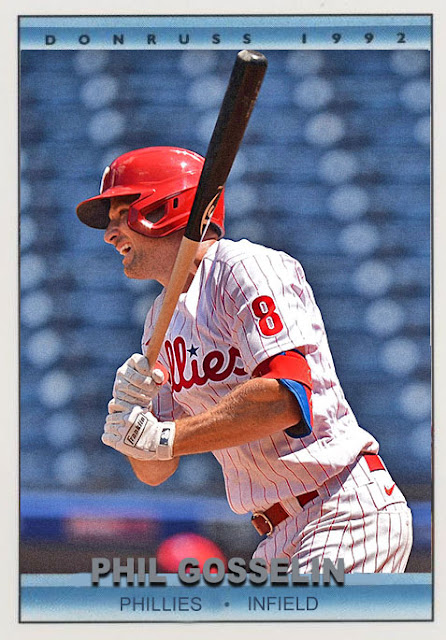 On one hand, it's good to have  the Phillies back to playing condition again. On  the other...a series against the Yankees may not  have been a 'best foot forward'.

They managed to win yesterday, thanks to an awesome  start from Zach Wheeler, proving to be  a smart pickup for them, and some solid runs provided by Bryce Harper, J.T. Realmuto, Rhys Hoskins, Scott Kingery, Roman  Quinn, Didi Gregorius and...oh yeah...Phil Gosselin.

Who is Phil Gosselin, how did he end up on the Phillies bench, and why is he the most important Phils hitter of 2020? I'm still trying to figure this out. This guy was barely heard of last  year when he joined the Phils, he became a utility man  with a solid average...and now he's already earned 2 of his 9 career home runs in 2020, hitting .625 after 11 plate  appearances with 5 hits and 4 RBIs. We're all stunned, amazed, confused, and thankful that at least somebody's hitting.

Thankfully the rest of the team  is beginning  to follow his lead, and JT, Segura, Didi, Bryce, Haseley and Bruce have started hitting. Yes, we're still waiting on Rhys and Cutch to get to stellar production, but the team's beginning to heat up.

The bullpen though...that is still suspect. We've got several relievers now who can't stop a lead. This has become a theme. Even with  Neris doing  alright and Trevor Kelley, Adam Morgan and Jose Alvarez strong, the rest of the bullpen is weak. And while Jake Arrieta did alright against the Yankees yesterday, Vince Velasquez is even  worse than he was last year.

I worry  about this team heading  into a series with Atlanta. I worry that even  bad teams will continue to beat them. Hopefully  the gonzo Phil Gosselin  energy continues, though.