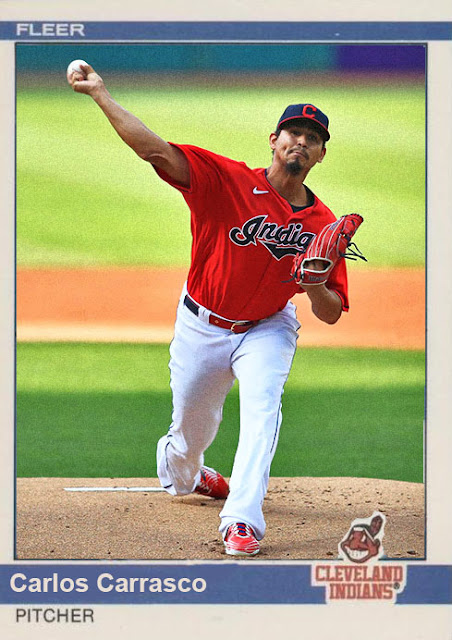 How come the most interesting, tight, cutthroat shit always happens in the AL Central?

The polarity even in  this Indians rotation is insane. You have the force of good that is Carlos Carrasco,  cancer survivor and hero of Cleveland, off to an alright start and keeping down opposing teams, as well as Shane Bieber  having  his best season and making Cy Young talks fly around.

...and then you have Mike Clevinger and Zach Plesac. Who violated protocols and went out partying in  Chicago and nearly endangered the whole team, despite their solid numbers on the season. Their smirky, arrogant, 'you would have  done it too' mentality is in complete opposition of this Indians' feel-good mentality for this season. This  team built itself from a youth movement that we worried had already dissolved. People like Bieber, Adam Plutko, Aaron Civale, and even Plesac, represent the hope that  this Indians team can stay relevant despite the fact that it's no longer 2016.

In the next few days, Clevinger and Plesac could be traded. And they probably will be. The real question is, does this rotation still work without those two?

Yes. Triston McKenzie stood up the other night and nullified both of them. With his 10 Ks in a debut, and his absolute dominance at just 22 years old, he made it clear that a Bieber-Carrasco-Civale-Plutko-McKenzie rotation would be perfectly fine, and could power this team into October without a doubt.

Plutko is currently the weakest ERA man of the  5, but even he has some good stuff ready to go. The other four are golden. And with  Jose Ramirez, Carlos Santana, Francisco Lindor, Cesar Hernandez and Franmil Reyes all hitting, and Oliver Perez, James Karinchak and Nick Wittgren doing stellar in relief...this team could be huge heading into the last month of the season.

The Twins are in first, the White Sox are coming off a no-no, and this division is tight...but the Indians have a rotation that can withstand even human selfishness. And that says a lot.

Coming Tonight: His team was sick for a week or so, and once they came back, he was one of the best  outfielders available.
Posted by Jordan at 8:28 AM