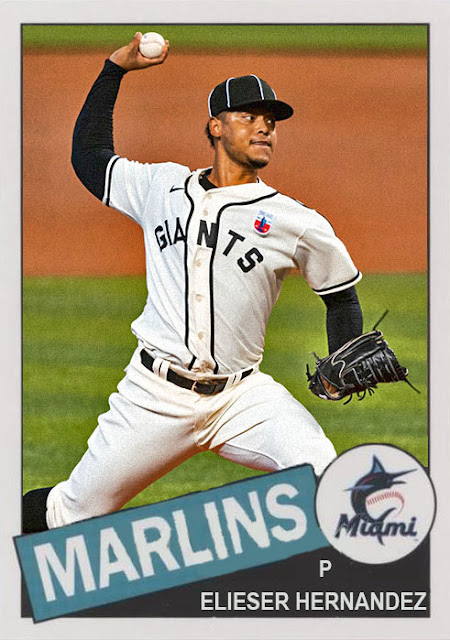 Once again, we revisit the strangest team in covid-addled baseball, the Miami Marlins.

Through a number of doubleheaders, the Marlins have officially caught up to the Phillies, both in games-played and in W/L percentage, and are still in  2nd in the NL East. They're also sitting  on a playoff spot that will go to them unless they completely shit the bed in the next month, as they're seeded second out of all five non-division-leading playoff-adjacent teams.

And yet they still remain  the Marlins, and they remain a team that has gotten over Covid. Harold Ramirez, Garrett Cooper, Caleb Smith and Sandy Alcantara still have yet to return from the Covid-break. Miguel Rojas has, and he's still one  of the best performers on the team, but a lot of this Marlins team had to be revised on  the fly. Rookies like Isan Diaz, Monte Harrison and Eddy Alvarez were discarded after attempts at playing time failed, surging players like Magneuris Sierra, Pat Venditte and Mike Morin all got injured. And many pieces of the Opening Day rotation, like Jordan Yamamoto and Robert Dugger, were shelved due to inconsistency.

So now we're dealing with younger arms, like Pablo Lopez, Elieser Hernandez, Trevor Rogers, Humberto Mejia and, most interestingly, Sixto Sanchez, whose debut was alright but still a sign that the future is being deployed ASAP for the Marlins. Meanwhile, Lopez is topping his rocky 2019 with a 1.98 ERA over 5 starts, and Hernandez is coming off as a truly dominant pitcher in this third, and most successful, call-up, leading the starters with 32 Ks.

With Villar, Dickerson, Aguilar, Anderson and Rojas all hitting, Alfaro catching up in Cervelli's absence, and Matt Joyce continuing to find substantial work 15 years into his career, this is a pretty strong and formidable Marlins team, and it'd be interesting to see them waltz into the postseason  for once.

Coming Tomorrow- With the hero catcher injured and the hero outfielder slumping, looks like it's his turn once again to carry the team.
Posted by Jordan at 8:28 PM