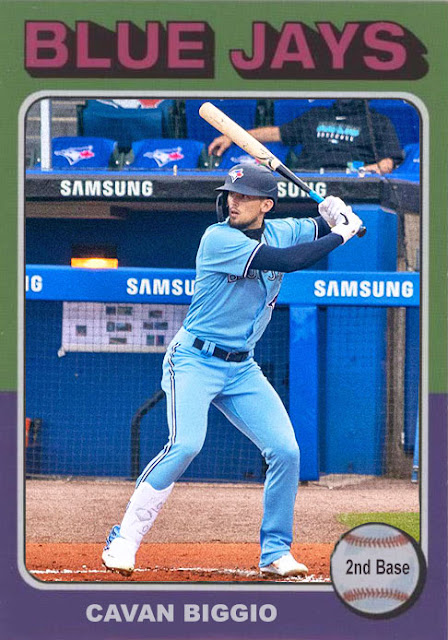 Yesterday, around 1ish, the Toronto Blue Jays decided that they were competitors this year. It happens at every halfway point contemporarily, where the Jays, all of the sudden, catch enough momentum that they feel like they're competitors, and begin to start trading for people.

The Blue Jays put the Mariners in the awkward position of trading Walker hours after he made a public statement on political injustice. Walker was one of the main Mariners ambassadors that led to the Ms striking on Wednesday night. So the day after, they trade him to Toronto? That is not a good look, even if the M's are clearly at the point where they need to trade players. It just came off as severely bad timing for all parties involved. Walker still preached the same message, it just...came as a member of the Blue Jays. A Canadian team, albeit currently playing in Buffalo.

So, now the Blue Jays have added Taijuan Walker to a rotation that includes Hyun-Jin Ryu throwing smoke, Chase Anderson and Tanner Roark catching  up after bad starts, three injured starters [apparently Matt Shoemaker WAS injured after all], and...a bunch of people like Shun Yamaguchi, Anthony Kay and Sean Reid-Foley who could, in theory, start games but haven't yet. So he helps immensely.

But is this team really a competitor? Especially in 2020, a year  where the Yankees, Rays AND ORIOLES all could potentially be playoff teams? Well...in the past week or so, the Jays' playoff case has vastly improved. Cavan Biggio's bat has come alive, and is now leading  the team in WAR, and dominating in Bo Bichette's absence. Randal Grichuk is leading the team in RBIs, and is having his best season in years. Santiago Espinal has proven to be a decent replacement for Bichette. And despite the lack of outward WAR success, Vladimir Guerrero Jr., Rowdy Tellez and Teoscar Hernandez are all doing well at the plate.

Coming Tonight: The Marlins had to completely reorganize their pitching staff. This is one of the guys  who made the new one.
Posted by Jordan at 8:43 AM
Labels: Blue Jays, Cavan Biggio, Custom Cards