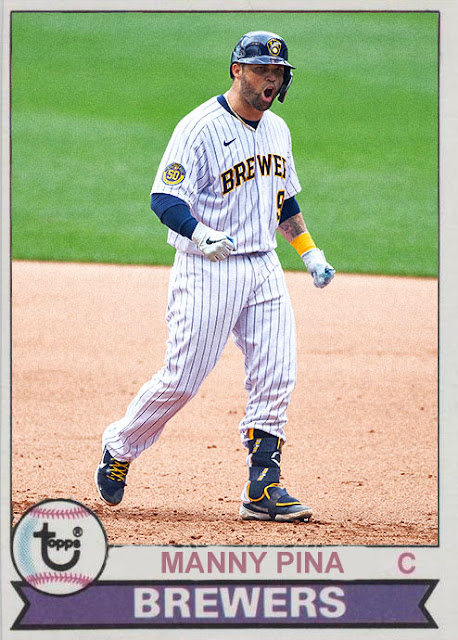 ...the Brewers just dropped a three-game series to the Pittsburgh Pirates, who previously were 4-12.

Omar Narvaez, after a strong 2019, is back  to refusing to hit for average, so Manny Pina has been getting more reps and is getting a surprising amount done. Luis Urias is hitting well off the bench, but so is Orlando Arcia, the guy he was supposed to replace. Jedd Gyorko is doing well for a team that really doesn't have a place for him. Josh Lindblom may be the only pitcher in  recent history who came back from an Asian-ball residency and didn't improve his stats.

And while the pitching is marginally better, and Woodruff, Houser and Brett Anderson are all solid starters [and Josh Hader has yet to allow a run], it doesn't amount to anything if the lineup remains petrified. I mean, it HELPS to have a good bullpen, which they do, but it doesn't mean anything if they can't score any runs.

It's frustrating, because the Brewers were so close the last few years, and are now slowly being edged further and further from competition. This team has talent, and deserves better...but  this week isn't cutting  it for them.

Coming  Tomorrow- Steady pitcher for, that's right, the top team in the AL West.
Posted by Jordan at 8:24 PM