Garrett Richards is Healthy and Thriving 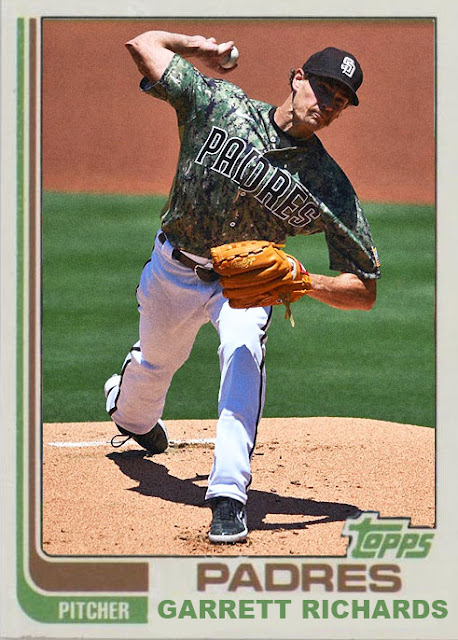 I don't know how the Angels did it, but for the better part of the 2010s, they rest their rotation on  the well-beings of two pitchers, Garrett Richards and Matt Shoemaker, who could not for the life of them stay off the IL. Richards, after stellar work from 2013 to 2015, played 6 games in each of the next 2 seasons, and increased his output to 16 starts in 2018. Shoemaker, after a stellar rookie year in 2014 and consistent seasons in 2015 and 2016, began to see injuries take more and more from the next 2 seasons in Anaheim.

The most interesting part is that these were never 'something's wrong, everybody's hitting him' injuries. Both pitchers posted solid ERA numbers before going on the IL for the remainder of the season. Eventually, though, LA gave up on both of them. Toronto claimed Shoemaker, and Richards signed with San Diego.

The 2019 season was arguably the same for both of them. Shoemaker started the season healthy, got off to an outstanding start for the Jays with a 1.57 ERA and 3 wins in 5  starts before missing the rest of the season due to injury. Richards, however, was a late-season call-up for the Padres, making 3 starts but posting an 8.31 ERA over 3 starts. It was not the comeback either of them had hoped for.

2020 has brought prolonged health so far for both hurlers, but their stories couldn't be more different this season. Shoemaker has yet to post a win in 5 starts, and has a 4.91 ERA. As his Blue Jays improve for the stretch, perhaps his numbers will improve.

Richards, though, is having a fantastic year so far. In 6 starts, he has a 3.52 ERA with 25 strikeouts, as well as a 0.9 WAR, his highest since 2017. He is also a member of a rotation that includes young talent like Dinelson Lamet and Chris Paddack, as well as an impressive Zach Davies performance or two. He's found  himself on the right Padres team at the right time, and I'm glad his luck has improved.

The Padres, meanwhile, are for real. Machado's hot as hell right now, and he, Tatis, Grisham, Myers and Jake Cronenworth are an excellent core that could take this team well into October. I do think they have enough to fend off Colorado, who have dropped recently, and I do wonder how they'll do in the next month against the Dodgers.

It's nice to see Garrett Richards, and the Padres, doing better.