Two And a Half Martes 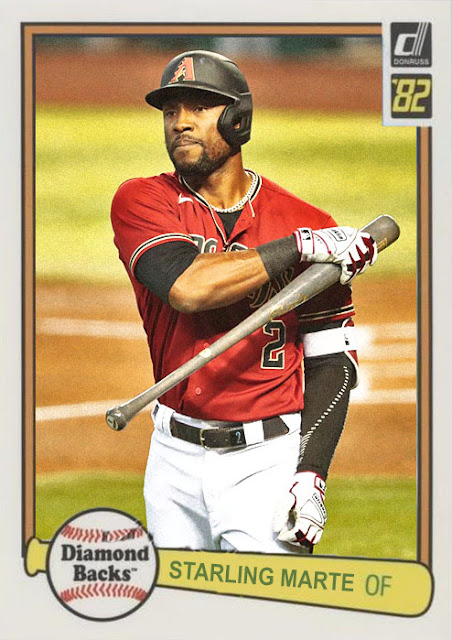 The Diamondbacks have won four straight. How's that for subverting what I thought this post would be about?

Granted, this four game boost has put the team at 3rd place, at .500, and on the same line as the Padres, but it's a far cry from  the grasping-for-runs mentality of their first few weeks. Some of the new guys, like Kole Calhoun, Stephen Vogt, and ESPECIALLY Starling Marte, are doing really well and fitting right into the team. Marte is batting .351 with 27 hits and 10 RBIs, having one of his best seasons in years. The preestablished core of David Peralta, Christian Walker, Ketel Marte and Nick Ahmed is still strong. Really, the only disappointment  in  the lineup so far is Eduardo Escobar, but we'll give him time.

And as Madison Bumgarner has shut down, Mike Leake has opted out and Robbie Ray and Luke Weaver struggle to lower their ERAs, Merrill Kelly is having his best season  to date with 3 wins  and 22 strikeouts. Kelly may not have been  the ace the D-Backs were expecting, but  he's certainly fitting the bill. And Zac Gallen, and Alex Young, has been strong in  keeping the rotation from completely collapsing.

I do worry about the lack of depth, because even callups like Daulton Varsho and Andy  Young haven't done too much, but this is still an improvement over what we thought we'd been getting  from this team, and I hope they keep it going.

Coming Tomorrow- I don't think I've ever been this excited to write about the Baltimore Orioles, as there are actually things to talk about now, including  this hard-hitting  DH.
Posted by Jordan at 8:27 PM