The A Stands for August 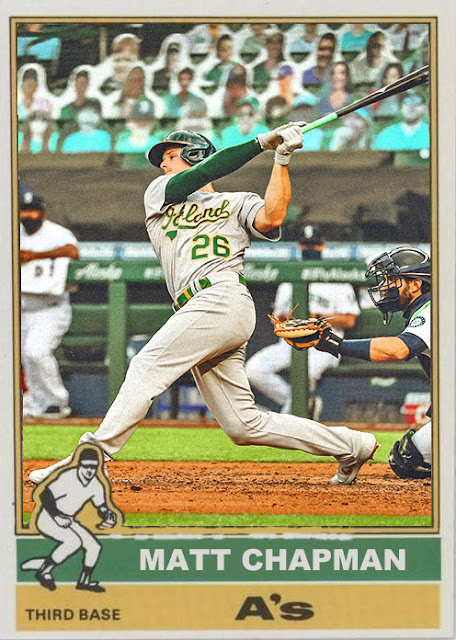 ...No other way to say it. The Oakland Athletics haven't lost a game since July.

The last  9 games, all taking place in August, have been wins for the A's, including a series with the  Astros. This has propelled them into the lead in  the AL West, and given them the best win/loss percentage in the AL.

After the last two seasons of Wild Card appearances, we shouldn't be too shocked. Matt Chapman, Matt Olson, Ramon Laureano and surprisingly Robbie Grossman have all been off to fantastic starts. Chapman and Olson have picked up where the last  few seasons have left off and are still some of the most compatible corners in the  game. Marcus Semien is slowly catching up, but had a bit of a rough  start. Mark Canha and Tony Kemp are gaining traction  as well.

The big shocker from this team as been Frankie Montas, a year after getting busted for illegal drug use, continuing his early dominance from last  year by having 22 strikeouts and a 1.57 ERA over four starts. In a season where Mike Fiers and  Sean  Manaea are slumping, it's good to have someone  like Montas who's doing well. Additionally, Jesus Luzardo and Chris Bassitt are in peak form in their starts, Joakim Soria, T.J McFarland, Burch Smith and Jake Diekman have yet to allow a run, and Liam Hendriks already has 5 saves.

This team has learned from its past two seasons, and has put the steps in place to win games NOW, rather than...in...August...

BUT  REGARDLESS. This is a really good  A's team, they're 5 games ahead of the  Astros, they have the only  winning record in the AL West, and I'd love to see them keep plowing over opponents.

Coming Tomorrow-Nobody can believe the start this guy has gotten off to. His grandfather must be proud.
Posted by Jordan at 7:55 PM
Labels: A's, Custom Cards, Matt Chapman