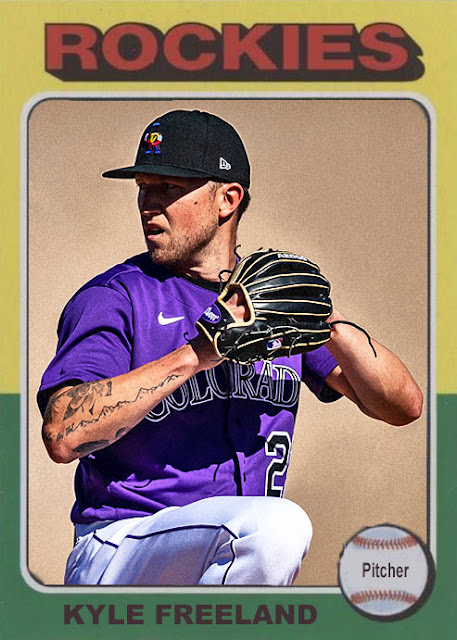 The  core rotation has gone around 3 times, and all 4 pitchers have ERAs lower than 4, Antonio Senzatela has 3 wins and is off to his best start since his come-up in 2017, and Kyle Freeland...is proving last year was a fluke, and getting right back to kicking ass on the mound. He's got 2 wins, a 3.41 ERA, 11 strikeouts, and  a 1.071 WHIP. Compared to last season, it's a needed improvement and a sign of good things to come.

It also helps that German Marquez and Jon Gray are also in good form, but this isn't especially rare for them. I'm just glad they're healthy.

And look, Wade Davis being injured isn't a great thing, but it is great that Jairo Diaz has stepped right into the closer role and has 3 saves, while also working around a tight-knit bullpen where Yency Almonte, Tyler Kinley, Carlos Estevez and DANIEL BARD are all giving excellent innings. The pitching doesn't usually go this well in Colorado, and I'm ecstatic that it is.

The lineup ain't bad either. Not many people just plain  aren't hitting, the core of Arenado, Story and Blackmon is still strong, Daniel Murphy's having his best season in years, and Chris Owings and Matt  Kemp are playing really well off the bench.

This team has 10 wins and is doing great, though as of recently so do the Dodgers, and the fact is the Dodgers with momentum is still very  scary. I fear the Rockies may lose momentum, and first, to inevitability, and as fun as they  are right now, I want the fun to keep going. Remember, the Rockies have never finished a season  in 1st place, and it'd be a nice change of pace, even with the Dodgers and Padres chasing them.

Coming Tonight: The youth movement's hit a curb, but this guy they got from Houston a few years ago is at least doing well.
Posted by Jordan at 11:10 AM
Labels: Custom Cards, Kyle Freeland, Rockies