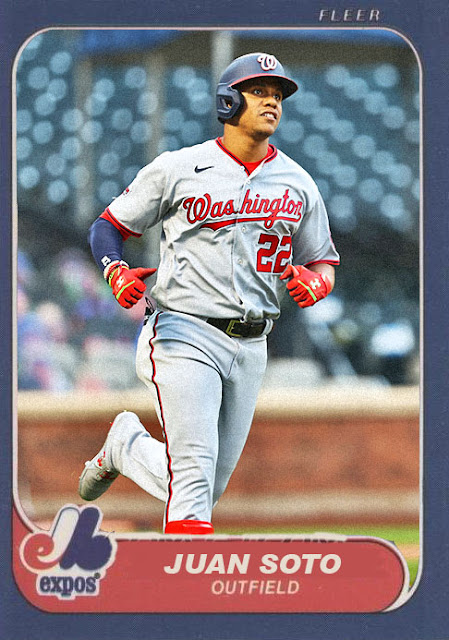 It took a few weeks without him to make it clear, but the Washington Nationals aren't the same without Juan Soto.

It's odd enough that the Nats have been doing 2020 without Bryce Harper, Anthony Rendon, Ryan  Zimmerman and Stephen Strasburg, but the first few weeks were waiting for Soto to get back from the IL. Luckily, the second he got in there, he returned to dominance, and he's been hitting .400 with 17 RBIs, which leads the team, including Trea Turner and Victor Robles and people who've been  active from the start. This is the essence of Juan Soto. He can do things in less time than people given a head start.

Having a guy like Soto helps, because he's the flagship star of a lineup that has ultimately settled on older pieces like Asdrubal Cabrera, Max Scherzer, Starlin Castro and Howie Kendrick. There has been younger talent coming into this team, like  Carter Kieboom and Victor Robles, but so far neither has done a great deal, even as Kieboom comes into his own. Erick Fedde and Austin Voth are being peppered into the rotation, but both are 28, and not necessarily the most youthful presences.

I'm worried that the lack of a real youth movement, other than  Soto and Kieboom, is gonna doom this  team in the long run. Arguably it  already has, as the Nationals are in 4th and grappling with the Phils and Mets in the bottom of the division.

Is Soto enough to keep this team in the conversation? I guess we'll find out.

Coming Tomorrow- Not even leukemia can stop this guy.
Posted by Jordan at 10:27 PM
Labels: Custom Cards, Juan Soto, Nationals