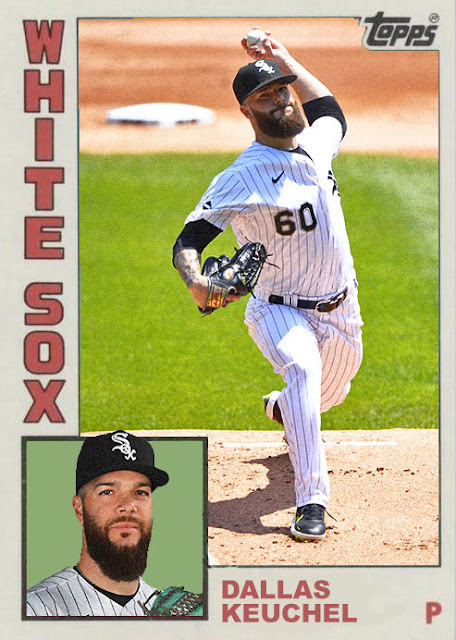 For YEARS. YEARS. I have begged the White Sox to make the correct decisions in order to compete. The pieces have been there. They've just been in the wrong order. Last year, after the callup of Eloy Jimenez and the rise of Lucas Giolito and Tim Anderson, the Sox were closer than they'd been, but after a strong start the wins petered off and they fell back to the middle of the  division.

Now the training  wheels are off.

First of all, the free agent additions are working, for the most part. Dallas Keuchel is off to an awesome start so far, with a 2.55 ERA and 2 wins, despite his continued lack of emphasis on the strikeout. Edwin Encarnacion and Yasmani Grandal are hitting, though  both are more one-dimensional than usual so far. Nomar Mazara is still warming up after his late call-up, but he'll be back to normal soon enough. And Gio Gonzalez is in the midst of a nice start.

And the new kids aren't looking too bad either. For one thing, Luis Robert...is a friggin beast, with a .354 average, 6 RBIs and 4 steals. That's...improbable. Nick Madrigal isn't doing too badly either, batting .294 with 5 hits.

The best part is that  the preestablished core of this team, Abreu and Moncada and Giolito and Garcia, haven't been pushed out the way in favor of newness. This is a completely cohesive and strong unit capable of winning games, or at least enough to compete with  the Indians and Twins, who are both killing it now. There are some minor problems with starting pitching, especially since Lopez and Rodon are both hurt. But I can say more good things about this team than I usually can, and it helps that they're  currently taking down Milwaukee in multiple games.

Coming Tomorrow- Historically, the Cubs haven't had a start like this in 51 years. Something's gotta be going right, then.
Posted by Jordan at 9:12 PM
Labels: Custom Cards, Dallas Keuchel, White Sox