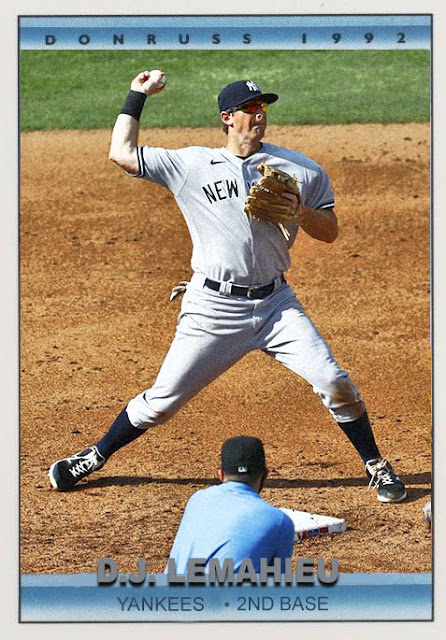 It is happening, again.

For the second year in a row, a majority of the New York Yankees have wound up on the IL and have thrown the season in jeopardy. Aaron Judge, Giancarlo Stanton, D.J. LeMahieu, Kyle Higashioka and Zack Britton  are all injured, and those are some very big pieces. It's not the quantity of 2019's purge, but the quality scares me. Judge, Stanton, LeMahieu and Britton  are the Yankees' most crucial pieces, and without them the team has dropped to 2nd.

Like last year, the team has responded admirably. Luke Voit, Gio Urshela and Clint Frazier are now leading the lineup with fantastic numbers, Thairo Estrada and Mike Tauchman have great bench numbers, and Gleyber Torres' bat is finally heating up. The mostly-untouched rotation is also fine, with Tanaka and Gumby  doing alright, James Paxton regaining his control, and Gerrit Cole chasing Shane Bieber for the Cy Young. You also have Chad Green having his best season in a while, and Jonathan Holder and Adam Ottavino in good form.

This is still a good team, capable of great things, but the losses to Tampa followed by a four-day break due to the Mets having a COVID scare has definitely slowed them down, and could be a factor into a further decline, especially with the Braves coming  up today.

I love this team, I love this team's depth, but I still worry about how this team will do in  the thick of competition. If this can happen to them now, who's to say it won't hold them back...again?

Coming Tonight: One of the strongest, most genuine talents in the majors, and he's not even 22.
Posted by Jordan at 8:36 AM