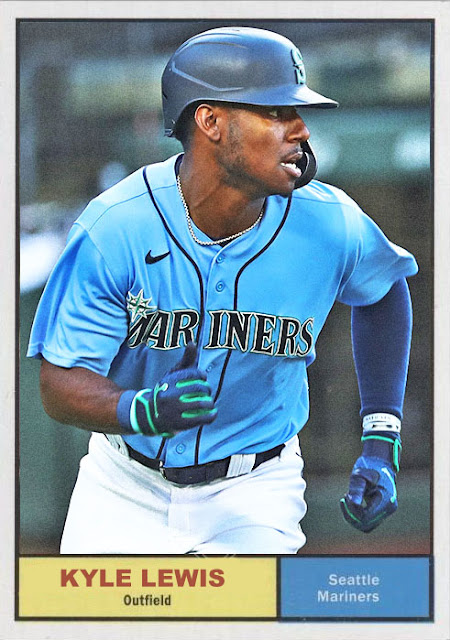 The main thesis of this next post is 'the Mariners don't know what they're doing, and yet are sort of doing well anyway.'

So, the Ms have won 3 straight, and are in prime position in the West. There's a small youth movement that's grown over the past year or so, consisting  of J.P. Crawford, Shed Long, Kyle Lewis and Tim Lopes, and all of them are hitting well and glomming onto the old guard of Seager, Gordon and Vogey to create a cohesive, powerful lineup.

However, there's a minor issue here.

Prior to this season, the Ms were working on another youth movement, a newer, flashier one. The Mariners planned to start the season with Evan White at first and Jake Fraley in the outfield, while also keeping Jose Marmolejos and Logan Gilbert in mind as potential callups. However, for whatever reason, Fraley and  Gilbert haven't done anything yet, Marmolejos has been the starting DH and has barely hit, and White has started every game at 1st and has also barely hit. There's also really no need for either Fraley or Gilbert, as Gordon-Lewis-Smith is a cohesive outfield and Justin Dunn has usurped Gilbert as the youth-driven sixth man in the rotation.

So basically, in a few months' time the youth movement has been nullified by a previous youth movement that wasn't entirely working until just this second. It is the baseball equivalent of Wile E. Coyote setting up a crank-operated steel wall, and the wall not actually springing upwards until three gags later.

More surprising  still is the efficiency of the pitching- Gonzales, Dunn and Walker are all doing well, Taylor Williams has moved in as closer, and the bullpen has benefitted from the all-star cast of also-rans [Carl Edwards, Nestor Cortes, Matt Magill]. This is a pretty alright team that, while a call-up or two wouldn't hurt, is pretty self-sustaining. Compare that to Detroit, which, while pretty  alright, is still thinking  about calling up Casey Mize. The M's might be on the right  track after all.

Coming Tomorrow- Undeniably talented shortstop for a team that is [checks notes] LEADING THE NL WEST???
Posted by Jordan at 9:34 PM