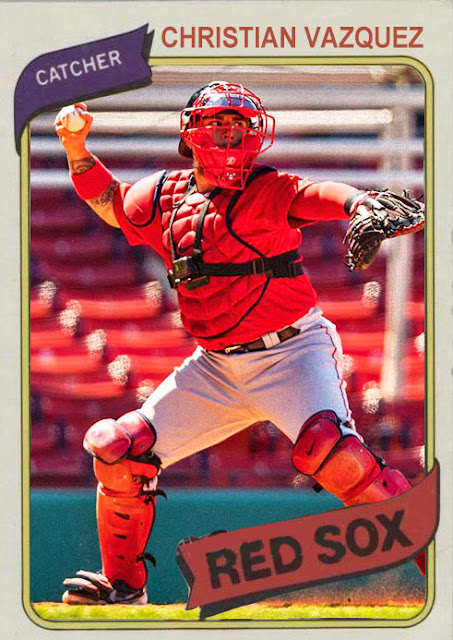 ...Remember when the Red  Sox won a  World Series with Sale-Price-Eovaldi-Porcello-Rodriguez? That was two years ago, only one of them is active and it's Eovaldi.

Eovaldi and Martin Perez aren't doing too badly, actually, and both are striking people out and winning games. That's just...the extent of the efficiency of this pitching  staff, though. Past that, you just get a  series of failed starting experiments, like Josh Osich, Ryan Weber, Zack Godley, Austin Brice, Matt Hall, Kyle Hart, and...okay, Ryan  Brasier, but I think that was an  opener sort of deal. You also have Matt Barnes and Marcus Walden who attempt to relieve games but have inflated ERAs, and numerous  position  players pitching, like Jose Peraza and Kevin Plawecki, due to dire bullpen  options, plus occasional relievers like Phillips Valdez and Brandon  Workman who are actually  doing their jobs. But...the entire pitching staff is a colossal mess.

The rest of the team? Marginally better. Benintendi just got injured, Devers and JBJ aren't hitting for average, but...honestly, everybody else is playing pretty well. Moreland, Vazquez and Bogaerts are all surging, Verdugo and Pillar are doing fine filling OF spots, and Plawecki's been sharp off the bench. This isn't a bad offensive team, but it'd be a lot better if the pitching didn't seem, well, abandoned.

I'm not ruling this team out, cause this is a wild division. Jays kicked the crap out of the Rays last night, O's are still doing pretty well. Sox aren't technically dead yet, but...unless they have a massive upswing like some  of  these other teams, they might  be toast.

Coming Tonight: A team that had a week to literally rebuild itself, and the third baseman who made it easier for them.
Posted by Jordan at 9:31 AM
Labels: Christian Vazquez, Custom Cards, Red Sox