Buck and a Half 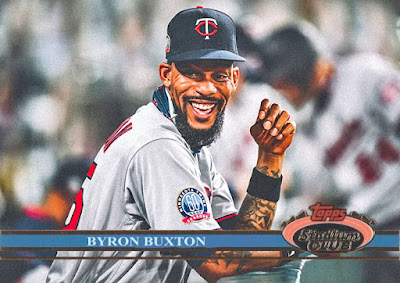 Jorge Polanco and Nelson Cruz both have over 25 hits, and are hitting over .300. Those two, Max Kepler, Eddie Rosario and Byron Buxton, all have over 10 RBIs. Rosario, Buxton, Kepler and Cruz have over 5 home runs, which is a low number considering this team's 2019 output. You also have to keep in mind  that Mitch Garver and Miguel Sano aren't hitting for average, and Josh Donaldson is hurt.

So, even  with those variables in  mind, the Twins are still in first, and are  still outhitting people without  too  much  pressure on the long ball. Which is a cool evolution.

The pitching has evolved as well, becoming less a uniform, homegrown selection  of arms, and more a gathering of surging pitchers who were around. Randy Dobnak, Kenta Maeda (and his near no-no!) and Matt Wisler have all joined the charge, and are all doing really  well, even as Jose Berrios and Jake Odorizzi deliver okay numbers. The same concept applies to the bullpen- Tyler Clippard and Sergio Romo can work here along with homegrown  guys like Trevor May, Tyler Duffey and Taylor Rogers.

Unlike last year, the Twins aren't entirely on the same page, and the Indians, and also kinda the White Sox, are close on their trail, but there's enough power in  this team, especially with people like Buxton and Cruz surging, to keep them afloat for a while.

Coming Tonight: Pitcher for one of the strongest teams in the NL, himself having a worthy comeback year.
Posted by Jordan at 9:26 AM