The Rays Got Lucky 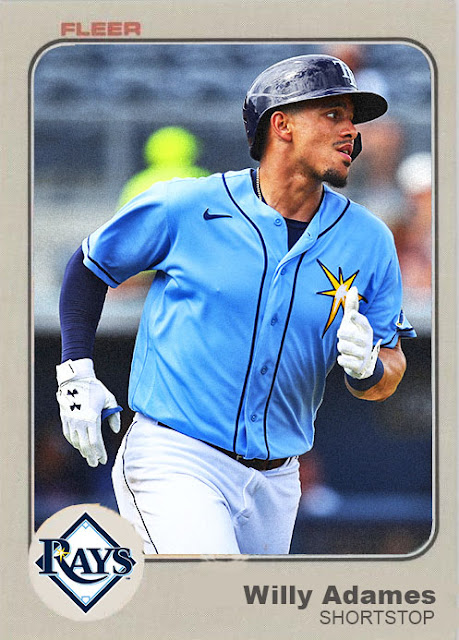 ...well, lucky in the sense that they HAPPEN to have one of the best bullpens in baseball, and the Yankees can't seem to get any hits off them.

But mostly, the Rays are lucky that right after slapping around the Yankees for a few games, the Yankees' opponents get quarantined and have to wait til after the weekend to be able to reclaim first.

That's right. The Rays get to throttle Toronto this weekend, and possibly extend their lead over the AL East, and all the Yanks  can  do is  watch. And, well, heal.

It's diabolical, yes, but it also says a lot about this Rays team aside from the strong bullpen, which has been keeping most teams at bay but mostly the Yankees. Brandon Lowe and Mike Brosseau have  continued their dominance from 2019 and are both hitting really well. Hunter Renfroe, while not exactly hitting, still is one of two starters with double-digit RBIs. Yandy Diaz, Manuel Margot, Joey Wendle and Willy Adames have also been doing lower-key production. This is a pretty well-rounded and consistent lineup, and even though some guys [like Tsutsugo, Renfroe and, inevitably, Mike Zunino] aren't hitting, they're still winning games, as they should.

I'm honestly pretty shocked that the starting pitching  is so blah this year. Snell, Yarbrough and Glasnow SHOULD, in all  theory, be  stopping runs, but that's not what they're doing. Snell has improved, but the other two have high ERAs. And with Morton  and Chirinos hurt, they're now using relievers in starter roles, like John Curtiss and Ryan Thompson. At least this means Trevor Richards can start games again, though.

Still, despite...just losing one to the Jays as I write this, the Rays are  a strong team, and we'll see if they can hold onto 1st as the Yanks wait to play  again.