The Importance of Being in First 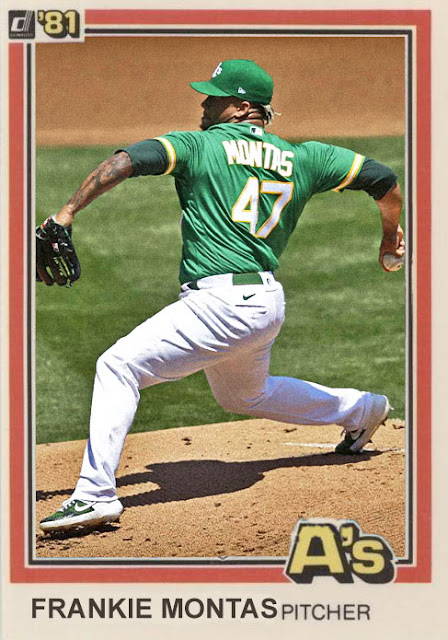 The Oakland Athletics have a 3.5-game lead over the Houston Astros for first place in the AL West.

First of all, say that phrase in 2010 and freak out some sports fans.

Second of all...for a team that has  spent the last few years taking in April and playing like hell in August for the Wild Card, this is a fantastic continuation of the arc. They've finally made it to the top. And it's a lot of the same guys, Matt Chapman and Matt Olson and Marcus Semien, who've made this team work in the past. This didn't take a complete overhaul.

Honestly, it's the unsung members of the 2019 team that are making this one work. Robbie Grossman's having his best season yet, hitting .290 with 13 RBIs. Mark Canha and Ramon Laureano are similarly surging right now, giving the whole outfield basically some major powers, defensively and offensively. Which is a good deal to have.

Even  the rotation is centered around different talent, not just Frankie Montas and Liam Hendriks, but starters like Chris Bassitt and Jesus Luzardo who are really impressing people so far. Both of those guys have 2 wins and low ERAs. Hell, pretty much the entire bullpen has ERAs lower than four. You've got guys like Joakim Soria, Yusmeiro Petit, Jake Diekman and T.J. McFarland just killing it in relief, and just shutting down offenses.

This A's team might be better than the Wild Card ones. And they might be good enough to really give the rest of the league a run for his money.

Coming Tonight: He's hitting .400 in one of the best hitter's ballparks in  America.
Posted by Jordan at 10:42 AM