The North Side Remembers 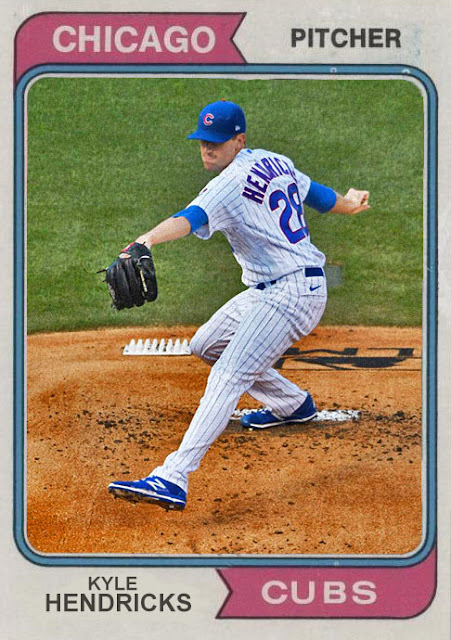 In an offseason where the Cardinals are the favorites, the Brewers are the sleeper, and the Reds bulk up...the Cubs have decided to override any hype and come out to an astonishing 10-3 start. It is the best division lead in baseball, as the 2nd place Brewers are 5-5. And I am so happy it's happening.

Look, Kyle Hendricks opening the season with a complete game shut out  may have been a hint. But this seem is insanely strong, and capable of huge games. Yes, the once-mighty Cubs  rotation is now without Cole Hamels and, for the time being, Jose Quintana, but Alec Mills has been  stellar in his few starts, and Tyler Chatwood is more of a strikeout artist than he's ever been, in addition to the routinely-great work from Jon Lester and Yu Darvish.  And that's not even mentioning Jeremy Jeffress having his best season in years and Roman Wick flourishing in the ninth.

Meanwhile, the lineup that's struggled to be on the same page for the last few years finally is, and Baez, Rizzo, Contreras, Bryant, Ian Happ and Kyle Schwarber, the homegrown-ish core, are all doing pretty well, and helping out in big ways. Most surprisingly, Jason Kipnis has been an insanely helpful DH/swingman, is hitting .500, and is making up for his last few seasons of inefficiency in Cleveland. The lineup, while not completely perfect yet, is making  for lots of high-offense games...despite being blown out themselves last night courtesy of the Royals.

I just worry about a lot of these guys, even  Bryant, hitting a bit below average and striking out too much, as well as the guys that were paid for, like Jason Heyward, barely hitting at all. But this upward momentum is really nice, and I'm glad this Cubs team is off to a great start.

Coming Tonight: The Astros aren't in first  place. Here's one  of the reasons why.
Posted by Jordan at 11:50 AM