Whatever Happened to Baby Jays? 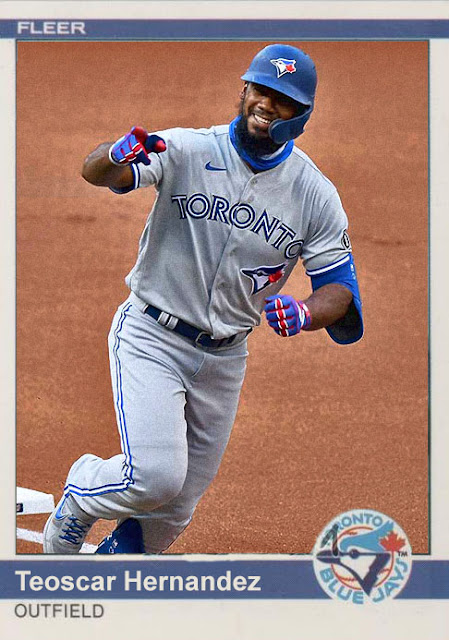 It's a few weeks into the 2020 season and Bichette and Kay are the only ones doing well.

So far, in the team's to-date four wins, the heavy lifting has been  done by non-homegrown stars like Teoscar Hernandez or Randal Grichuk, or new free agent signings like Tanner Roark and Hyun-Jin Ryu. It's also gotten to the point where new rookies, like Nate Pearson, have had to come in and start helping them win games, which  is disheartening considering how with-it the core was last year. Vlad, Rowdy and Bo can hit- they shouldn't need Santiago Espinal to come up and try to save them [unsuccessfully]. Thornton's injured, so Pearson's callup is at least  sort of justified, but Kay is being used in  relief, and Zeuch isn't being used at all.

So is Montoyo trying to tell the core that they're not ready to carry the team yet, even after last year proved they could? Is this idea to let more experienced players, also including Anthony Bass and A.J. Cole who are doing  well in relief, take over this team for a while and wait til the youth movement's ready? Won't that...alienate the youth movement? It's very vexing.

Still, this is a last place team in  a 60 game season, so it doesn't need to be thought out very well. This just isn't the season I pictured for the Blue Jays, and I hope it improves.

Coming Tomorrow- The only fireballer in Washington who hasn't been hurt so far this season.
Posted by Jordan at 10:40 PM