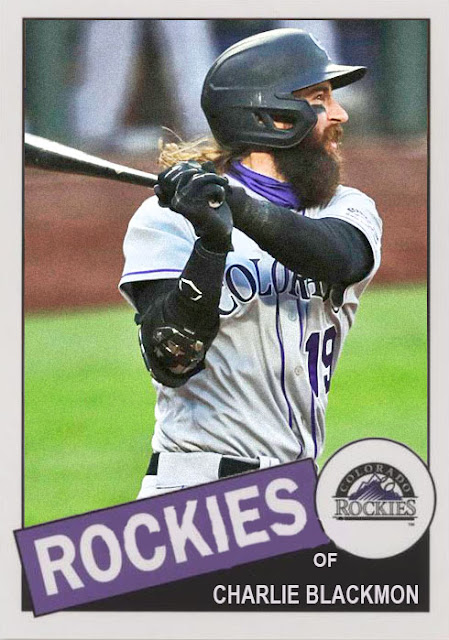 With everything being halted and truncated, it still allows for more of a chance of higher averages, giving an asterisk to a .400 season but still allowing it to happen. Right now, Charlie Blackmon is batting .405, with FORTY-FIVE hits and 24 RBIs, easily off to a career-defining start that'd be easier to mark if this were a normal season.

Only problem is he's been slightly colder over  the last week or so, and he's been slipping from the .450s for a bit. With more coldness, he could slip further, and this feel good statistical story could be lost. But...he seems to be doing alright, and being that he's Charlie Blackmon, there's a good chance that  he'll stay  hot.

Also slipping a bit: the Colorado Rockies, who are now in 4th place, and have had a TORRID stretch since August 9th, sort of soiling their epic winning streak to start the season. The Diamondbacks, Rangers, Astros and Dodgers have all got the better of them, and have chased Jon Gray and German Marquez. Nolan Arenado is having his most pedestrian season yet. Tony Wolters and David Dahl aren't hitting.

At the very least, it's let Antonio Senzatela and Kyle Freeland surprise people by pitching really well again, with help from rookie  Ryan Castellani. Trevor Story and Daniel Murphy are playing well. But this team is a far cry from  where it was in  July, and needs to recuperate before they  give a strong divisional lead to the Giants.

Coming Tomorrow- One of the many injured Yankees, yet again.
Posted by Jordan at 10:07 PM
Labels: Charlie Blackmon, Custom Cards, Rockies