Clutch Hitting and One Competent Starter 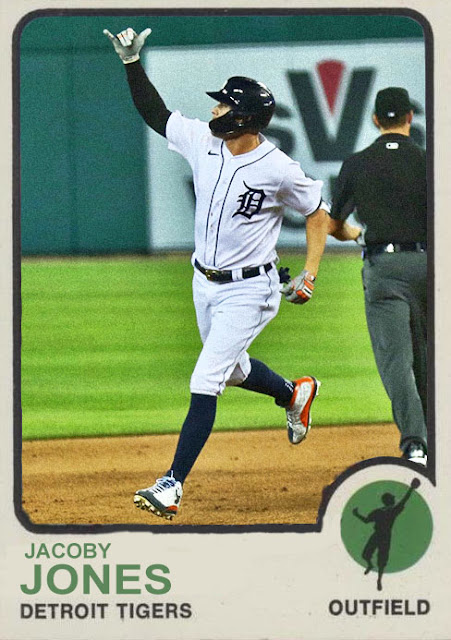 The Tigers, as usual, are...an unusual sort of middling team. Aside from Miguel Cabrera, there's not a TON of star power, and the team is only at .500, but there are some intriguing developments going  on here, especially considering that the team has lapped the White Sox, once further up than they are now.

It helps that a healthy, hitting-for-average JaCoby Jones is the standout of this team. Prior to this, either he's been injured for a bit of the season or he's hit closer to .200, so it's nice to have him hitting .300 and with 13 RBIs and 5 home runs, some of the best numbers on the team. This team also has Austin Romine FINALLY getting a starting catching job and nailing it, something he could never muster in New York.

The rest of the lineup...exists. CJ Cron just landed on the DL, and the rest of the lineup is varying  degrees of okayness, be it veterans who are hitting but can't hit for average [Miguel  Cabrera], young players who aren't holding their  own yet [Grayson Greiner and Harold Castro], and everyday  players who are just sort of doing alright right now [Niko Goodrum, Jeimer Candelario, Cameron Maybin, Jonathan Schoop and Victor Reyes]. This isn't a BAD lineup, but it's very okay right now.

As is the pitching. The rotation really only  has Spencer Turnbull doing well right now, as Boyd,  Norris and Fulmer are kind of haphazard right now. The bullpen at least has John Schreiber, Gregory Soto, Bryan  Garcia, Tyler Alexander and his strikeouts, and Joe Jimenez doing alright in the  ninth. Yet...really, a lot of this team is just nothing special, and is getting by on momentum and good days on account of a few of these guys.

It'd be nice if a few more guys catch fire, but I foresee this  team continuing to be okay for a bit.

UPDATE: Within a day of me posting this, Casey Mize, Tarik Skubal and Isaac Paredes get promoted to the bigs. Let's see how  this works.

Coming Tomorrow- Starter for an AL West  team that...continues to not know how to stay above .500
Posted by Jordan at 10:17 PM
Labels: Custom Cards, JaCoby Jones, Tigers