The Other Buffalo in Baseball 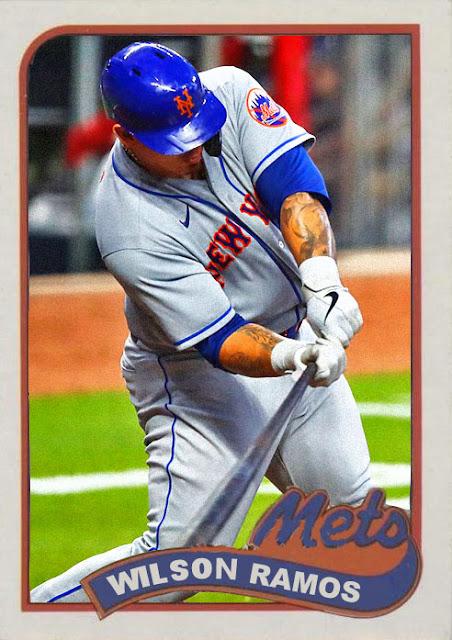 Friend of my dad's is such a big Mets guy that he managed to get a cutout at CitiField. Tonight, he spotted himself. They should use that as a slogan 'Find yourself at CitiField'

Anyway, the Mets, the non-cardboard ones, are, uh...hanging in there. Without the heft of Pete Alonso's rookie  numbers, or the spontaneity of Noah Syndergaard, Zack Wheeler and Marcus Stroman, the Mets are just another last place team trying to at least end the season with some dignity.

There are some bright spots in  this lineup, like Jeff McNeil and Michael Conforto, but a lot of the guys they've banked on, like Alonso, Wilson Ramos, Amed Rosario and Brandon Nimmo, have been letting them down. Ramos, despite his RBIs, is still hitting below the Mendoza line. Alonso has only hit 2 homers. Robinson Cano, while having his best season in years, is hurt.

The rotation is marginally better, cause you have Jacob deGrom attempting to go 3 for 3, which he might, and David Peterson making a heavy case for Rookie of the Year. Porcello, Matz and Wacha...are concerning, yes, but Robert Gsellman is in  talks to join the rotation, and the Mets probably have one other trick up their sleeves as well.

The dreams people had of this team competing in 2020 probably aren't going to be realized. This is far from a bad team, but the Marlins have more of a shot right now.