Staying Out of Last, the O's Way 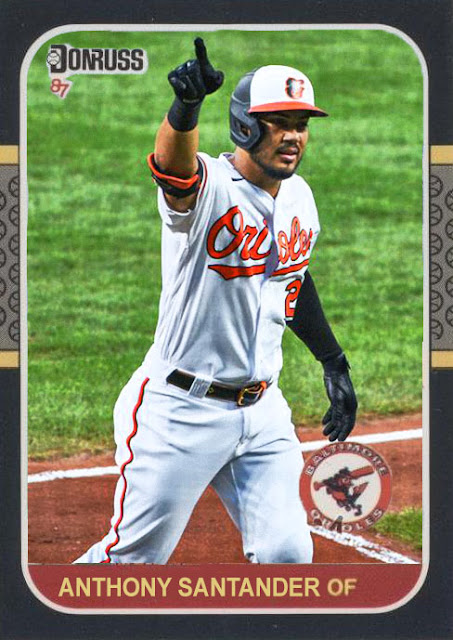 The Red Sox are still in last. The Orioles, despite falling a great deal from where they were a few weeks ago, aren't. They clearly don't have a good enough team to bring down Toronto for the extra wild card spot, and they may not be competing this year...but they are nowhere near as bad as they were.

Last year they had someone to build the team around, but it was someone as...streaky as Trey Mancini. This year, it's Anthony Santander, who is quickly becoming a true pro, leading the team in WAR, RBIs and home runs. Santander had a very up-and-down first few years, so it's fantastic that he's finally broken out and is joining Renato Nunez, Hanser Alberto, Chance Sisco and Pedro Severino. Hell, even Cedric Mullins has returned to 2018-era numbers. Even Mason Williams is doing some impressive stuff in an errant call-up [though is there any other kind for Mason Williams?]. And the arrival of Ryan Mountcastle and his average does signal a future for this team, as soon as some fella named Rutschman has a path paved to Baltimore.

The pitching...now without Tommy Milone...isn't great, but not terrible either. Alex Cobb, Asher Wojciechowski and Thomas Eshelman are all competent starters, and Means is...slowly getting his stuff back. Even the bullpen without Givens isn't terrible, as Miguel Castro, Cole Sulser, Tanner Scott and Paul Fry are all pretty good. I figure they either call some other starter up or plug someone like Dillon Tate or David Hess into the mix, and they'll be alright.

I do think ending the year in 4th is a good prediction and goal for this Orioles team, as they're better than Boston, and are good enough to finally stay out of last while also...knowing that competing this year is a bad idea. The future might bring a slightly better O's team, and I'm excited to see it.

Coming Tonight: Not sure if I'll be able to do a post tonight that isn't my usual TOP 10 TRADE DEADLINE DEALS list. I'm writing this last night, so hopefully there's enough this deadline to fill ten spots.
Posted by Jordan at 8:59 AM
Labels: Anthony Santander, Custom Cards, Orioles