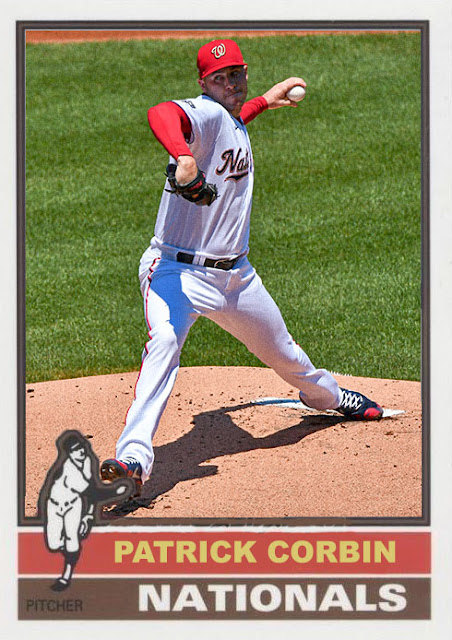 This is not where the Nationals thought they'd be the year after winning a World Series.

It really speaks to the unstoppable momentum the Nats caught during the last half of the 2019 season, becoming  the underdogs that took down the entire league. Without that momentum, the Nats are...simply the last-place team from the first half of last year.

It also just confirms that a big part of last year's team was the killer rotation. Strasburg gets here this weekend, but Scherzer's hurt, Sanchez is slumping, and the other two spots are Erick Fedde and Austin Voth, who, while fine, aren't really to the caliber of last year's rotation. Patrick Corbin, however, has picked up where he left off, and he's essentially running  the rotation  right now, which is cool.

But the lack of a steady  lineup anchor like Anthony Rendon, Ryan Zimmerman, or even Juan Soto, is very evident. Robles and Turner aren't hitting. Carter Kieboom is, but he's platooned with  Asdrubal Cabrera. Starlin Castro is really  the offensive standout of this team, and he blends in more with the aging, veteran quality of a lot of the lineup. Soto has returned recently, and he's trying his best to get back to where he  was, but  this lineup seems confused. I'm not sure they know which facet of the team to really focus on, the younger homegrown guys or the veterans who are hitting....kinda like Toronto.

The Nats are playing  the Mets  this coming week, which should be easier as it's a similar team record-wise...but considering that the Orioles just kicked the crap out of them a few days ago, I'm not entirely  convinced.

Coming Tonight: Kansas City is wild right now. Two guys who famously lost a closing  gig are closing  games for them, and one's a former Royals hero.
Posted by Jordan at 12:03 PM