Lynn Some, Lose Some 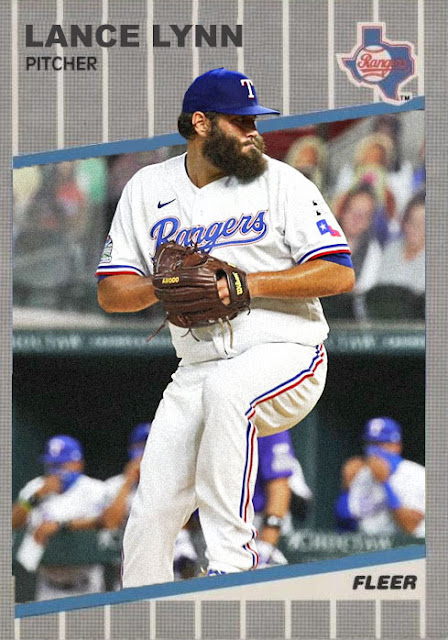 Rumors of the aptitude of the Rangers' rotation has been greatly exaggerated.

Kluber's hurt. Gibson, Lyles and Minor all have inflated ERAs. They're not bad, but they're not as ironclad as we all thought they would be together back in February. Which is a disappointment.

Good news is they still have  Lance Lynn, who, if you can believe it,  is even better than he was last year, recently notched his 100th win, and has one of the lowest  ERAs in the majors. I wish the rest of this supposed rotation would be as good as Lynn is right now, but having Lynn doing this well at all is still great.

The Rangers have also been starting Kolby Allard, which has worked well for them, as Allard also has a low ERA over 2 starts. Gibson and Minor's numbers have been getting better over time, which is a start.

The lineup is also  beginning to click- Frazier, Gallo, Solak, Choo, and SURPRISINGLY ISIAH KINER-FALEFA are all hitting and doing well. Hell, Jeff Mathis is actually  hitting for the first time in a while. Strange things are afoot.

This Rangers team is currently one  game above the Astros in the race for the AL West, and I sincerely hope they capitalize on this lead by working on the Rockies and Padres in the coming week. I do like the fun, makeshift quality of this team, and I think the Rangers are borderline good, but I'm not sure if they're playoff ready yet. We're playing to 8, and Central has like 4 worthy teams, so the Rangers could get lost if  they don't push in the coming weeks.

Coming Tomorrow- In a team with Manny Machado, Fernando Tatis and Tommy Pham, this guy is having a surprising breakout year.
Posted by Jordan at 9:53 AM