How I Learned to Stop Worrying and Love the Bomba 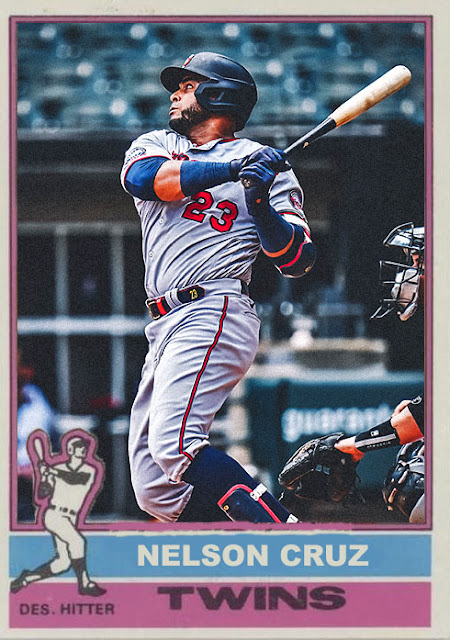 Welp. I guess the Twins are gonna keep being the Twins for a bit longer, then.

The homers aren't as plentiful so far, but everybody but Adrianza, Buxton and  Arraez seems to have one. Nelson Cruz is 40 and he has 3, and 12 RBIs. David Ortiz is gonna sue.

The upward momentum from last year seems to have transferred over partly. Kepler, Polanco, Rosario and Marwin Gonzalez are all in good form. Jake Cave  is doing well off the bench. We're still waiting on Buxton, Garver, Sano and Donaldson to hit for average, but they're still at least hitting a bit. This is still a team that can outscore you and beat the crap out of your pitching.

But...where this team is impressing me so far is in the pitching. After using a mostly homegrown rotation for the last few years, it's the non-homegrown guys that are impressing me so far. Kenta Maeda and Rich Hill, LA imports, are both off to great starts, and Randy Dobnak, okay maybe  he's homegrown but Uber is his true home, is the best starter on the staff. Way not to let the 2019 playoffs define you, Randy. The back half of the rotation, in Homer Bailey's absence, is hit-miss, and people like Lewis Thorpe [Australia's own] and Devin Smeltzer are trying out, but less successfully.

Also, you've got 2 lights-out closers. Taylor Rogers and Sergio Romo. That's a good problem to have if you ask me.

I still think the  Indians are gonna creep back up, and the Twins will need one or two more ramp-ups in offensive production  to convince me they're fully  back, but...this is a cool team, and they're gonna probably  be a playoff team again.