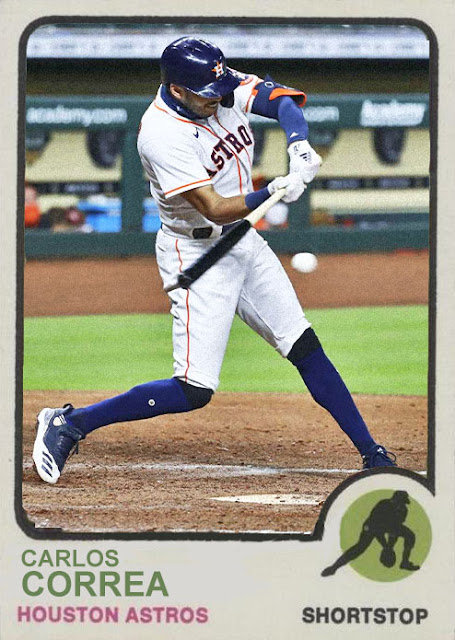 I dunno, say what you will about their sign-stealing and tampering, but...even without that, the Astros were, and have continued to be, a sharp, impressive selection of players. Carlos Correa, George Springer and Alex Bregman aren't bad players without the sign-stealing. They were always really good players who decided that the only way to become even  better  was to cheat.

So, take away the cheating, and you're still left with a decent baseball team. I know a lot of people wanted this  team to just immediately vanish into dust without  their legs-up, but it's not that simple. The contracts are eventually going to run out, starting with George Springer coming up, and Michael Brantley also being a free agent at the end of the year. Unless the team looks really dire, some of these guys might get locked up. This team will dissolve like any other will.

Which means, right now, this decent, 2nd-place Astros team should be expected. Carlos Correa, Yuli Gurriel, Bregman and Brantley are doing well, because of course they  are. Zack Greinke had a rough start but is now getting back to his more unhittable self.

What's surprising to me is the rise of some homegrown people, like Cristian Javier, Andre Scrubb, Framber Valdez, Brandon Bielak and Blake Taylor, taking over the pitching staff and rehauling it before our eyes. Javier and Scrubb are among the best performers on the team so far. It may not be happening in  the lineup just yet, but the youth movement is dominating in the pitching.

They're trying to figure out how to outdo the Rockies in Colorado right now, and they still might be outmatched by the A's, but  the Astros have a lot going on, and could still be a threat this year.

Coming Tomorrow- A flamethrower with a ginger frock who's been helping the Dodgers get back to 1st.
Posted by Jordan at 9:08 AM
Labels: Astros, Carlos Correa, Custom Cards