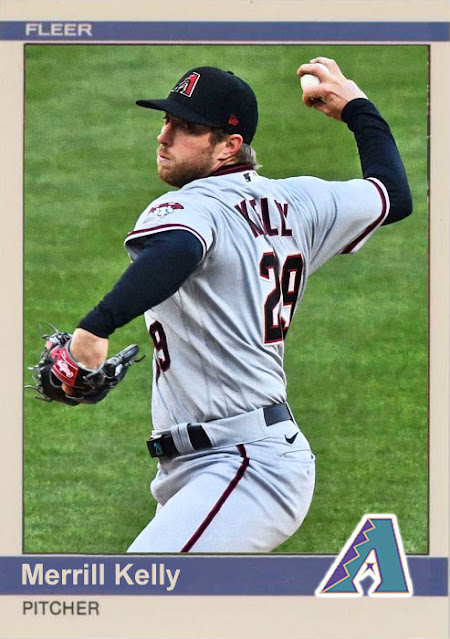 37 players have pitched for the Arizona Diamondbacks this season. That's not good. Typically you want like 15 to 20, for trial and error and all. THIRTY SEVEN.

Even worse, 10 of those players are either DFA'd or no longer with the team, 6 of those players are injured, another 6 have ERAs higher than 10, and 4 of them are position players. Thankfully we are getting to the point where the D-Backs are bringing up competent pitchers, like Brett De Geus, Tyler Clippard, Sean Poppen and Tyler Gilbert, who've all been excellent in relief so far. But that really sums up the Diamondbacks this year- you have to go through 20 or 30 people who don't work to get to 9 or 10 who do. And baseball shouldn't have that much 'error' in trial and error.

Regardless, the D-Backs are now working without Eduardo Escobar, Tim Locastro, Stephen Vogt and Joakim Soria. A lot of big pieces, like Ketel Marte, Nick Ahmed, David Peralta and Madison Bumgarner, still remain. But none of them are playing too well. Marte and MadBum have struggled with injuries, and Peralta is hitting .248 and acting very boilerplate. The good seasons in Phoenix have asterisks next to them almost. Carson Kelly's had a nice season, but he's only hitting .251 and was injured for a month. Merrill Kelly's the best of the rotation, but he's got a 7-8 record and a 4 ERA. Zac Gallen's on a decent pace, but he's got a 1-6 record! Talent means nothing if the team's this bad.

I am, however, predicting that this team could be a little better next year. If we clear out enough of the elder members of the team and create an environment for people like Josh Rojas, Pavin Smith, Daulton Varsho and even Zac Gallen to succeed fully, maybe things will be a little better off. I also think we're just waiting on a few key prospects to develop so this team can move on fully from this current era, but...I honestly think the D-Backs are slightly further along than a lot of last place team, despite their unflinching badness.

Or not. I've been wrong before.

Coming Tonight: One of my least favorite players in the game right now. Who, unfortunately, is actually having a pretty good season.