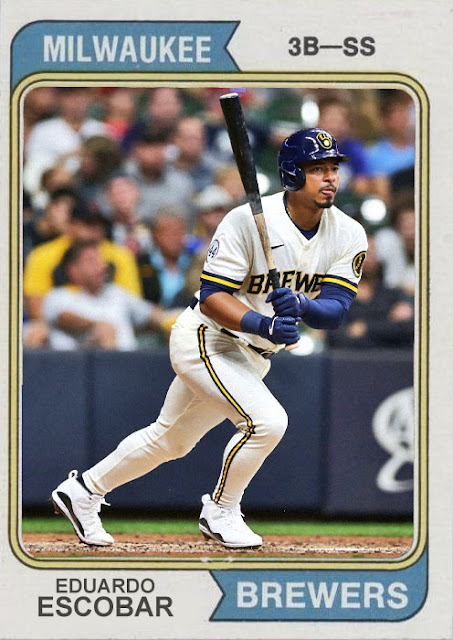 The Milwaukee Brewers have never really been a shoo-in for the division title, despite being good the last few years. In 2018 they snuck in front of the Cubs at the last second, the last few years they settled for Wild Card spots. In 2013 and 2014 they had big starts that petered off over time.

The main asset has been the pitching, but the lineup has come into its own in the last month thanks to the arrival of Eduardo Escobar. Avisail Garcia is hitting for average and leading the team in homers, Christian Yelich is heating up and beginning to get to a serviceable level, Wong, Narvaez and Adames are all still huge pieces, Luis Urias has thrived as a super-ute, Rowdy Tellez has been a surprising upgrade from Keston Hiura at 1st, and Lorenzo Cain is also heating up. This isn't the most ideal of lineups because so many players aren't on the same page, and Yelich and Cain aren't perfect, but they're still getting done. Wong, Narvaez, Garcia and Adames have made an unusual but durable backbone of this team.

My worry, though, does involve the pitching, which has been strong all year. Freddy Peralta is on the IL at the moment, after having the best season of his career to this point. And we're down to Adrian Houser, Brett Anderson and Eric Lauer to fill the void alongside Woodruff and Brunes. All the momentum thus far has been on the balance of that triptych, and now that the balance has been broken, I worry the team will lose its footing a little. And the Brewers have been a bit on/off in the last few games. Now Escobar is on the IL as well. Even if the division could still be theirs, the Reds are coming from behind, and the Giants are still the team to beat in the NL.

A lot has to stay together for this team to take off this postseason, and I hope it does.

Coming Tonight: You know, I thought the Astros' rotation was pretty set, but this guy found a hole and broke out when no one was expecting it.