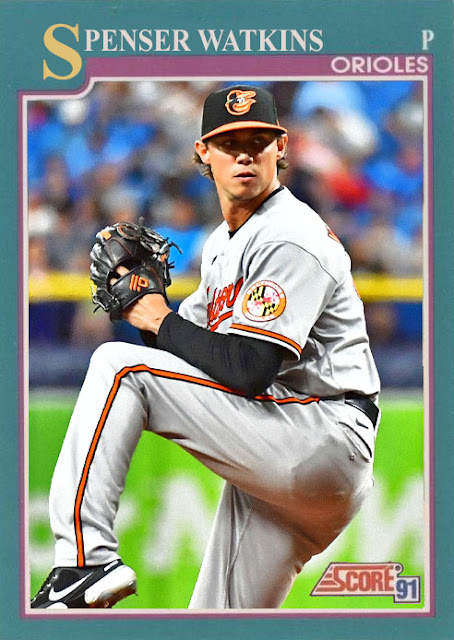 I did that so you'd all have Avery Brooks in your head the rest of the day. "SPEN-SAAAAH."

Anyway, the Orioles suck. Bad transition, I know. But they've got the second worst record in the majors, worst in the AL, and are nowhere near the competition. Freddy Galvis was the only piece of the team to leave, which means Tanner Scott and Paul Fry got to stick around, as did the rest of the team. And we get to round out the season with such breathtaking baseball stars as Pat Valaika and Keegan Akin.

Amidst the bottom feeders are the same usual standouts, like Cedric Mullins, Anthony Santander and John Means. But they feel too far and between considering the rest of the team. Ramon Urias is doing alright but was hidden behind Pat Valaika for a lot of the season. Mountcastle, Kremer and Akin are all letting the team down considering their starts in 2020. Matt Harvey did have a scoreless streak going there for a bit but one Yankees start killed the possibility of that continuing.

But at the same time...Spenser Watkins, welcome to the resistance. I used to think maybe Dean Kremer or Ryan Mountcastle was the beginning of the youth movement that would culminate in Adley Rutschman's call-up and prompt 1st place finish. And while Mountcastle hasn't been bad, he seems more of a supplementary part of this team. Same with Kremer, who is having a truly terrible season as a starter. But Watkins has been pretty strong in 6 starts, with a 3.81 ERA, 2 wins and some of the more consistent starting material on the team. Only thing is that Watkins is 28, and he's not quite as potentially limitless as some of the other farm pieces.

But yeah, the Orioles are terrible again, and only have a few players that are worthy of any full-MLB coverage. I wish it were different, I loved how fun and competitive this team was in the mid-2010s, but...now we're back into the 'sad, sub-.500' era for a while, and I don't even know if Rutschman's class will change that.

Coming Tomorrow- A guy who was having a lot more of a Rookie of the Year case before he got injured.