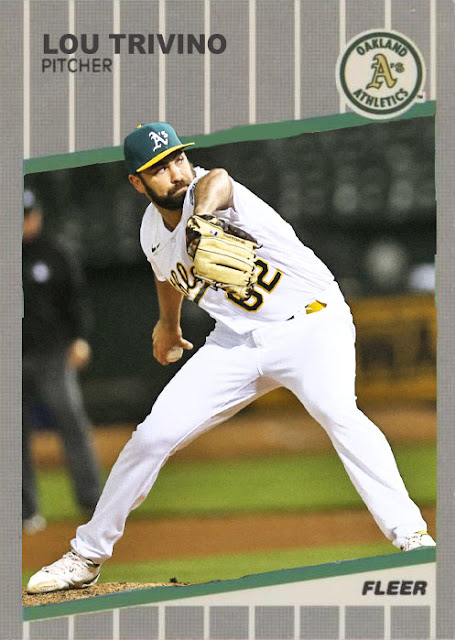 Well, the A's just beat the Yankees, which no one has been able to do in 13 games. But uh...what happens to them now?

Look, the A's have overcome a lot just from leveling their record after a horrifying loss streak to start the season. They've lost Ramon Laureano to a suspension, and began the season without big contemporary pieces like Liam Hendriks, Robbie Grossman and Marcus Semien, and worst of all, have been forced to start Mitch Moreland at DH for 81 games. And yet they still rode 1st for a while, off of great seasons from Matt Olson, Matt Chapman, Tony Kemp, Lou Trivino and Chris Bassitt.

And even though the A's had an incredible hot streak to begin August, helped out by Josh Harrison, Yan Gomes and Starling Marte all delivering great stuff...they got very cold midway through the month, and bungled series' with the White Sox, Giants, Mariners and Yankees. To be fair, 3/4ths of those are great teams, but these two Yankee losses have been painful because it's pushing them further and further from the wild card spot they thought they'd be sharing with New York. With every loss, the once-jilted Red Sox go further and further upward into getting that spot back, and that's something I'd rather not have happen, especially considering how difficult it was for my Yankees to beat the Red Sox for the first half of the season.

Whatever is amiss, the A's need to figure it out relatively soon. I'm not sure when they're getting Bassitt back, but they need to get their four on the same page, and possibly trust Paul Blackburn without dooming him to fail. They also need to work on the increasing lack of contact hitters on this team, as only Matt Olson has an average higher than .255, and only Starling Marte has an average higher than .300 [but that's just cause he's hot as hell right now]. They also just need to make sure everything's okay with Trivino, who's been a bit more human as of late.

I'd really hate for a playoff spot to completely slip away for these guys. They need to take this win tonight and build on it, and build back their case for playoff excellence. But as the Red Sox regain momentum and begin to close in on the wild card spot, can the A's catch them?

Coming Tomorrow- How cool must it be to be 26 and catching for the defending World Series champions?