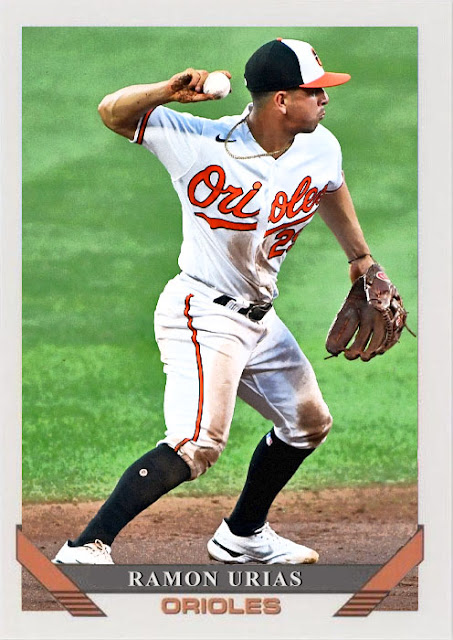 The Baltimore Orioles are in the process...of a 15-game losing streak.

Until a few days ago, it was not their longest losing streak of the year, thanks to a 14-game streak in May.

Thanks to this...colossal shutdown, they are now in possession of the worst record in the majors [we can thank the Phillies for that], and are only 18 games away from a 100-loss season. For reference, once again, they're closer to a 100-loss season than any team is close to a 100-win season. Tanking, folks.

It's not just that every team in the AL East is better than them, as three out of four division rivals swept them in this stretch...it's that there's just...nothing going on with this team. You have John Means and Cedric Mullins, and absolutely nothing else worthwhile. These are the kinds of seasons I thought we were getting away from last year, but the standouts otherwise are people like Ramon Urias, Cole Sulser and Austin Hays, whose numbers really only get them a trivia listing in an O's book 25 years from now. Urias does have some promise, and is, at the very least, hitting .262 right now, but compared to other rookie performers, it's downright anemic.

And that's a good word to describe a lot of this team. Anemic, lifeless, drained. Only Freddy Galvis left at the deadline, because a lot of this team just wasn't compelling enough to sell. Even if Trey Mancini is winning the league over again this year, he still has 112 strikeouts, which is TIED for the most on this team, with Ryan Mountcastle. They just DFA's Cesar Valdez, so Cole Sulser is back to being the default closer. Fernando Abad is now a relief option for the O's. Fernando Abad, a guy who hasn't since 2019. Sure!

And look, as the cries of 'promote Adley' begin to rise...what good's it gonna do, folks? You're already an 100-loss team. Might as well stick with it for draft picks, that's what all the cool kids are doing. Pedro Severino, while not quite as good as in previous years, has gained a lot of ground behind the plate, and can round out the season at catcher. THEN, maybe, you can cut him, sign a sturdy enough backup catcher, and call-up Adley Rutschman to start 2022. And friggin alert Topps about it as well, assuming they're done sobbing by then [I...have to write a post about that, don't I?].

There's just no saving this Orioles team. Maybe you retool things after the fact, maybe fire Hyde, maybe figure something out. But at this point you kind of have to just...let the awfulness happen on its own.

Coming Tomorrow- The Marlins traded Christian Yelich for this guy. Was he at all worth it?