Any Which Fenway You Can 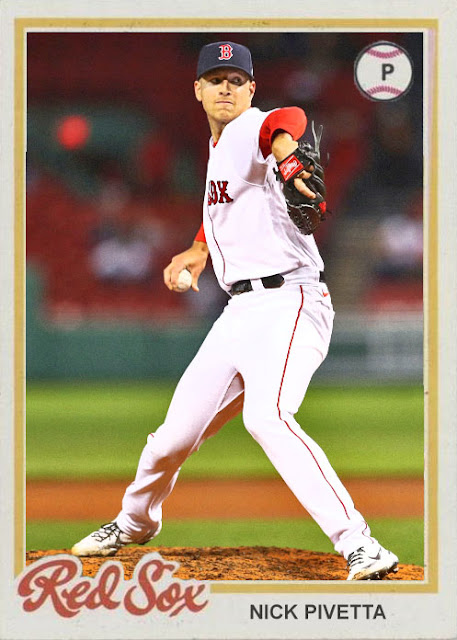 You figured once they were lapped by the Yankees that it was nothing but a downward spiral for the Red Sox, but here they are again. Still lurking about. Still inhabiting that second Wild Card spot. And still insuring a little bit of pain for the Yanks eventually.

I mean, look, I don't wanna act like everything came together for this team the second that both Chris Sale and Kyle Schwarber came off the IL, but...that's certainly what it looks like. Sale's been sharp in three starts so far, winning all three with 21 Ks and only 4 earned runs. He seems to be in career form, which is a sigh of relief for the Sox, who to this point were using Eovaldi as the sort of anchor. If Sale can keep this up, they'll be a lot more confident than they were. Additionally, while Kyle Schwarber isn't exactly hitting to the degree he did in Washington, he still has a .385 average with 3 RBIs in 12 games. He's making contact, which is the most surprising part here, and hopefully the power numbers will follow.

The rest of the team, as it was, is also still working in the correct direction. Devers, Bogaerts and Hernandez are still lifting things, Nick Pivetta is still capable of great starts, and people like Garrett Whitlock and Adam Ottavino are coming in on their best stuff and keeping the team afloat. Martinez is a few steps back from where he was earlier in the season, but he still has 24 homers and 82 RBIs. Just today, Tanner Houck was hitless through 5 innings, even if the final outcome wasn't preferable.

The trick is going to be to salvage enough of the momentum of the strong first 2/3rds of the season in order to hang onto the wild card spot, advance, and knock out the competition. But the real question is whether they can easily access that energy right now. Hernandez is on the COVID list, Arroyo and Renfroe are out with injuries, the utility infielder, Marwin Gonzalez, just got DFA'd, and now they're scrounging for other options. Travis Shaw doesn't fit into this infield as much as he does in concept. Jarren Duran still isn't producing to the level he should.

I think something will probably come together, but if this whole season is coming down to one fatal Yanks-Red Sox game, the Sox need to figure out how to get leverage over what is right now the most powerful team in baseball. And if they can...oooh man, the rest of the league will have to watch out.

Coming Tomorrow- So it's come to this, a rookie starter having a go in Queens.